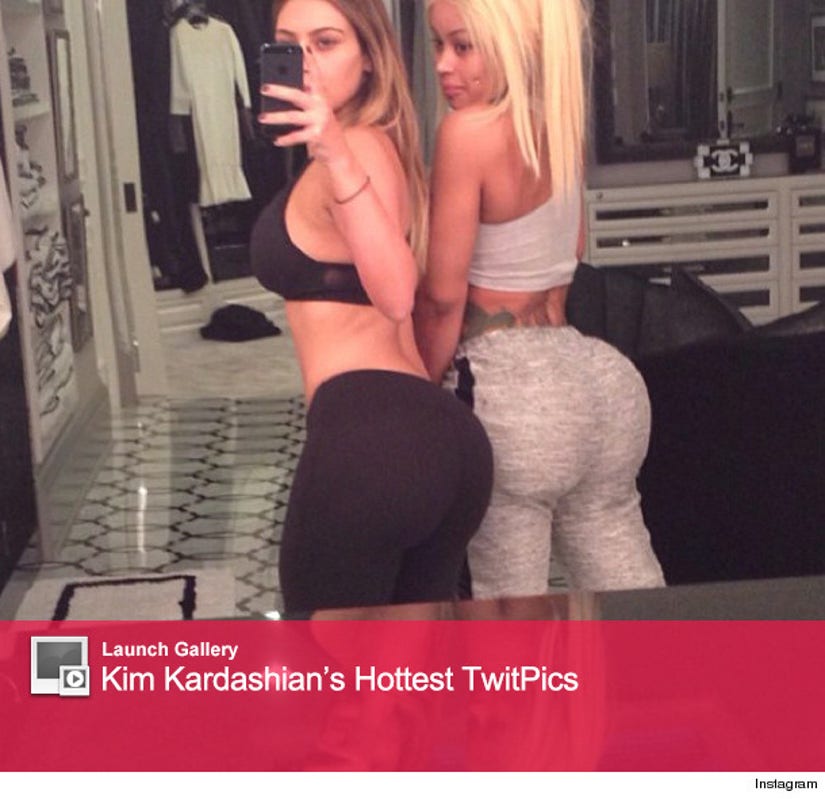 The "Keeping Up with the Kardashians" star posted two pre-workout pictures via Instagram with her pal Blac Chyna over the weekend, where she showed off her post-baby bod.

We gotta say the reality star looks amazing in the pics, but many have speculated that Kim doctored the images ... making it appear that her waist is much smaller than it really is.

A rep for the 33-year-old tells E! News that Kim did not photoshop the now-infamous selfies. Still, we're not sure if we believe the mother-of-one.

If you look at the door in the background of the photo, it appears to be slightly warped. That door is the same reason many believe Kim "manipulated" the pictures.

Do you think she's telling the truth? Tell toofab in the comment section below and click "Launch Gallery" above to see even more of Kim's sexy TwitPics!