Jimmy Kimmel invited the "Modern Family" star to join him in reading mean comments written about each other online, but he took things way too far.

The unflattering remarks started out pretty tame, but they quickly took a nasty turn. When the late night host read a comment about Sofia having "a man jaw," being "ugly," and having "a more annoying voice than Fran Drescher," the brunette beauty wasn't too pleased.

But, the mean comments just kept getting worse! 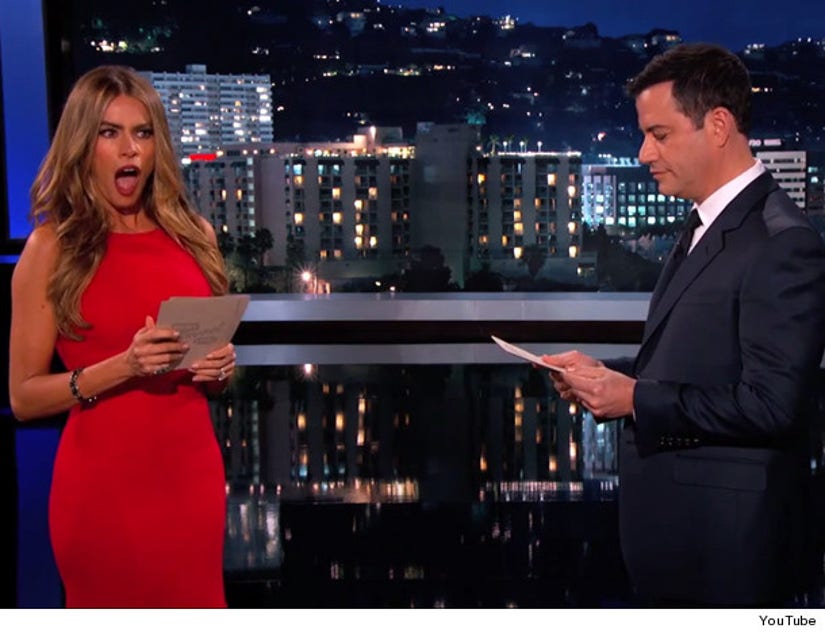 Jimmy read one asking, "Has anyone checked for a penis?" Sofia slapped him across the face and stormed offstage. Even though Kimmel pointed out he was just repeating comments written online, Vergara won that round by telling him that her penis was "for sure bigger than yours!"

What do think about her reaction? Sound off below, and check out the video above to hear the other mean remarks. (Don't worry, Jimmy gets his turn!)