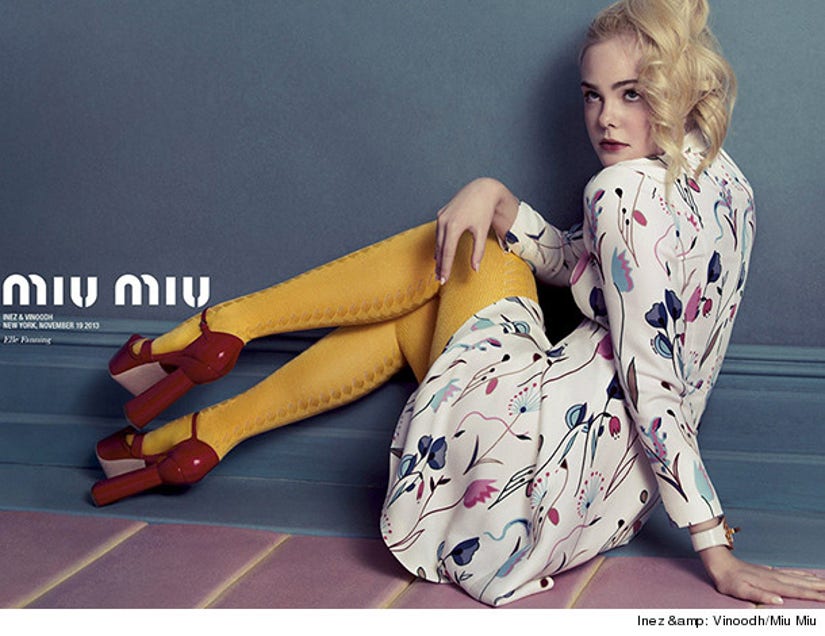 Talk about a star-studded ad campaign! 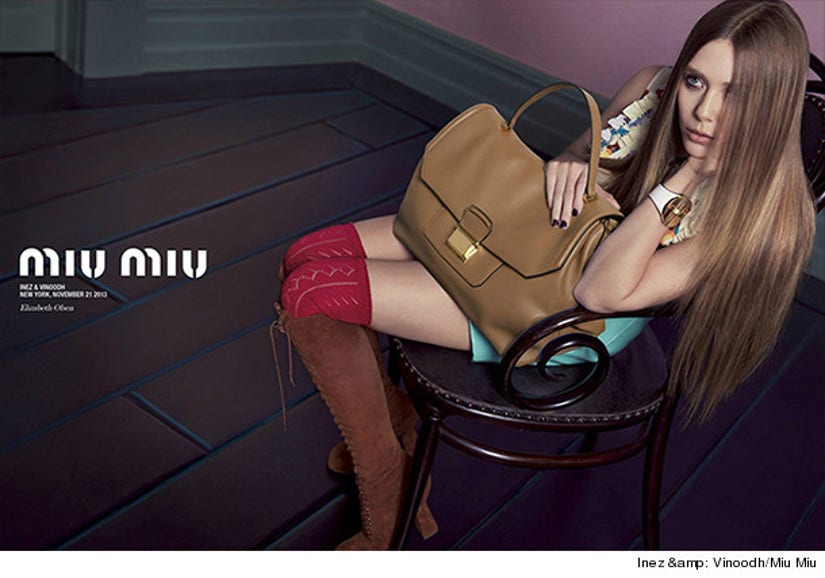 Elizabeth is showing off her long legs in lace up brown boots, as she holds onto a fabulous brown tote bag. 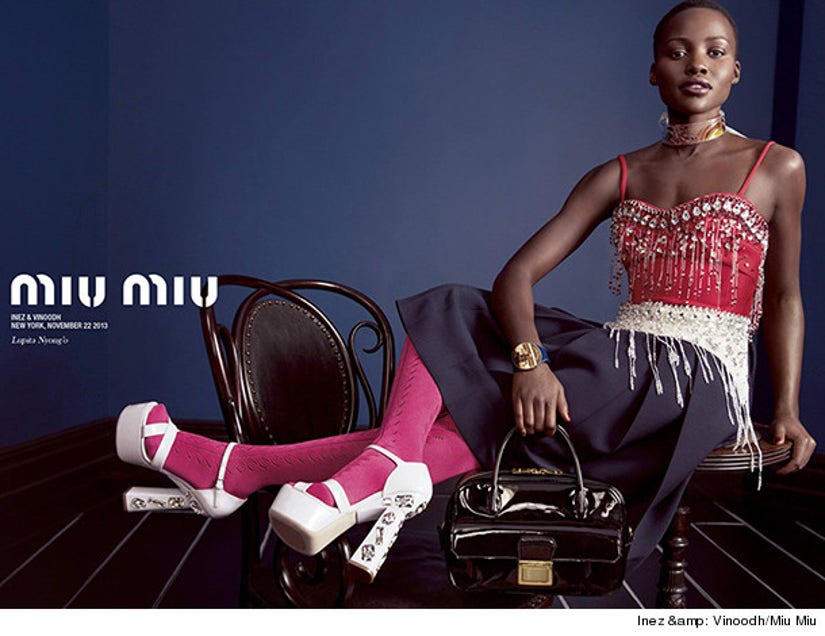 This is going to be a big weekend for the actress, who will be attending her first major awards show – the Golden Globe Awards! She's nominated for Best Performance by a Supporting Actress in a Motion Picture for her work in "12 Years a Slave."

Check back with toofab on Sunday to see what she wears on the red carpet. 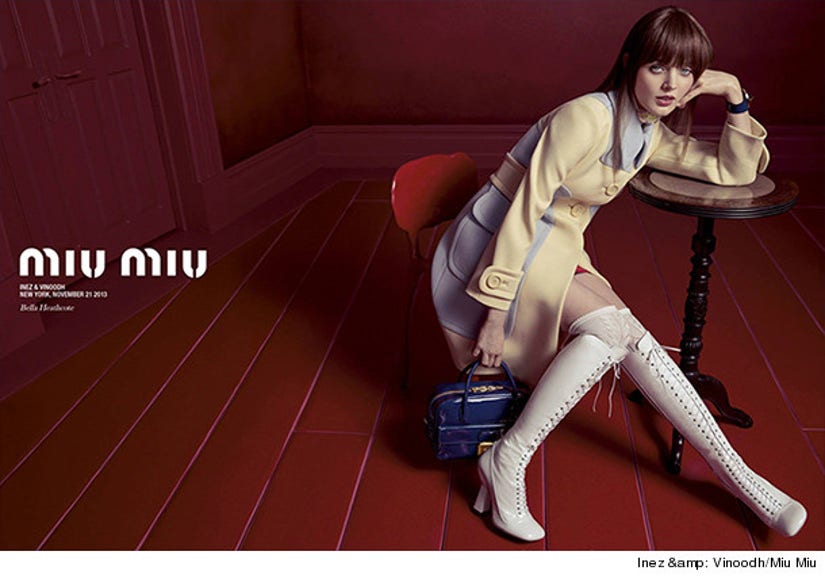 Starring in a Miu Miu campaign has almost become a right of passage for young Hollywood actresses. Other stars to model for the fashion house include include Katie Holmes, Kirsten Dunst, Hailee Steinfeld and Chloe Sevigny.

We love the feeling behind all four photographs! Which one is your favorite? Sound off below.