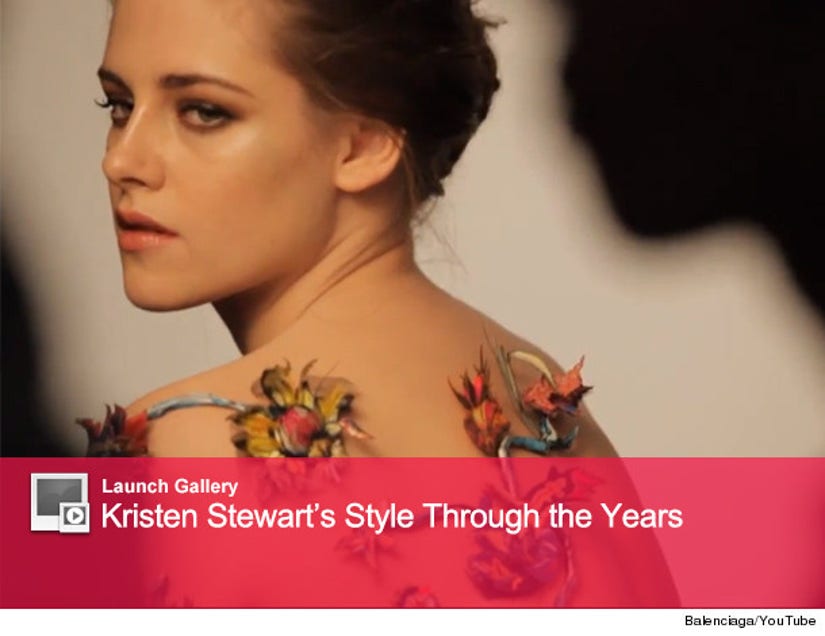 Kristen Stewart is stripping down ... for fashion!

The "Twilight" starlet poses topless in a sexy behind-the-scenes video of her Balenciaga Rosabotanica photo shoot.

Even though she's wearing nothing but a vine of flowers in the risque ad campaign, the actress looks very comfortable on the set.

In the video, the brunette beauty explains why she felt at ease during the nearly-nude shoot.

"What I like about this is that I didn't have to turn into a different person," she explains. "The point was to capture something natural. If you ever feel like you're forcing something or trying to get the shot suddenly it's just not fun anymore."

K. Stew looks like a natural on the beautiful set!

What do you think of the steamy ad campaign? Tell toofab in the comment section below, and click "Launch Gallery" above to see Kristen's style through the years!