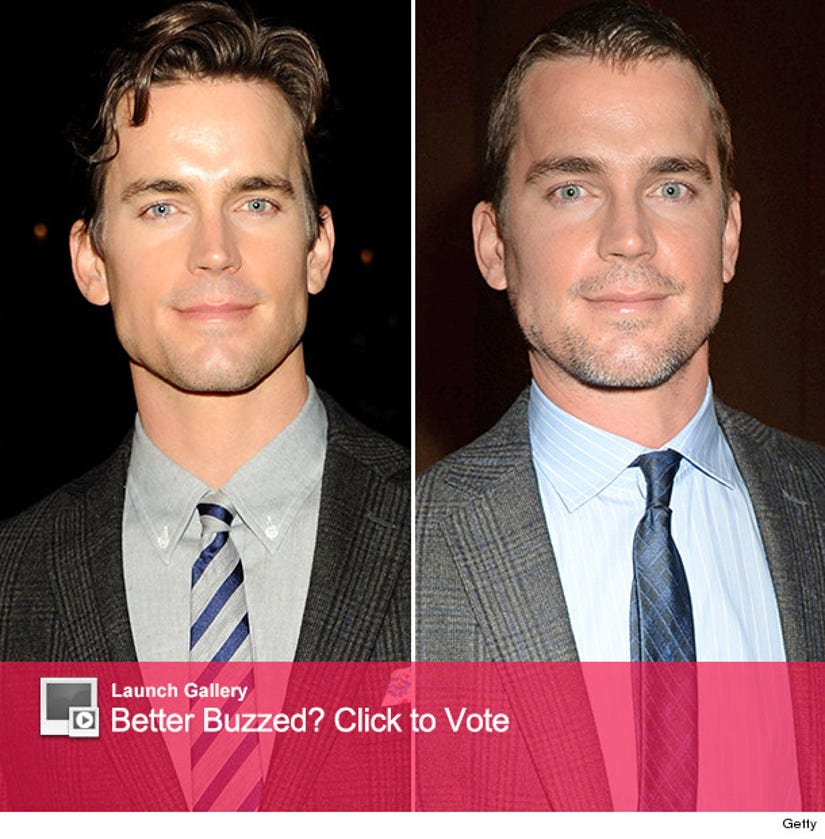 "White Collar" hunk Matt Bomer debuted a new look on Thursday -- but, worry not, he's still as sexy as ever!

While the actor is known for his perfect hair, smooth face and chiseled features, he looked like a new man at HBO's Television Critics Association panel yesterday.

Sporting a buzz cut and some salt and pepper stubble, Bomer was definitely rocking a more rugged look -- and we're not mad at it!

With a couple films on his slate in 2014, it's unclear which of the projects the makeover was for, but he's still looking pretty hot to us.

The actor was promoting his role in the upcoming HBO film "The Normal Heart," about the AIDS crisis in New York City in the early 1980s.

Based on the Tony-winning play, the film will debut in May.

What do you think of Matt's new look? Vote in the gallery above!