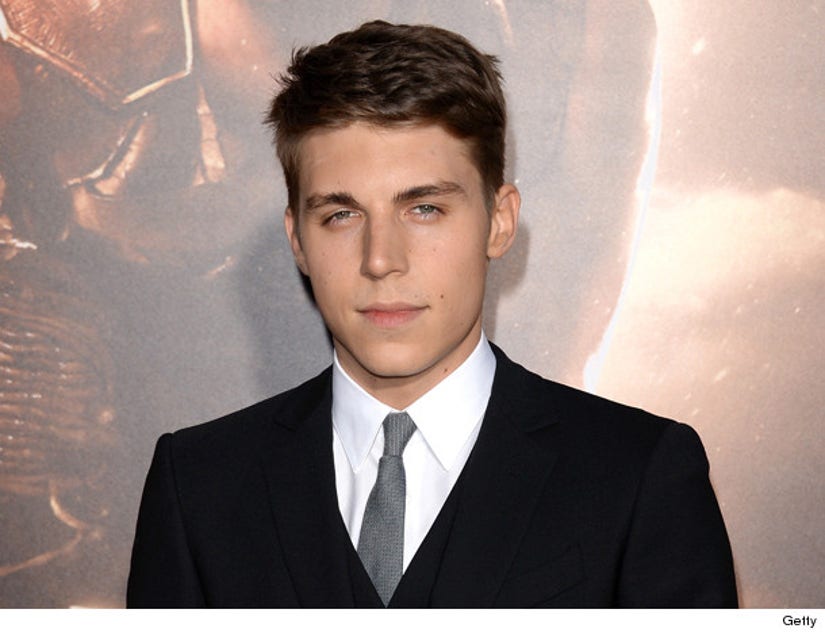 Nolan Funk is taking the acting world by storm!

He's starred alongside Lindsay Lohan in "The Canyons," sang on "Glee," posed shirtless for Versace and is a bonafide action star in "Riddick." The actor's certainly proving that he's extremely versatile and isn't afraid to take risks.

toofab's Rachel Hoffman caught up with the 27-year-old ahead of "Riddick's" Blu-ray release, to talk about everything from working with LiLo to his next big roles.

"Riddick" is definitely more of an action role for you — how did you prepare for it?

Nolan: I hit the gym with a bunch of wrestlers I was working with. I really wanted to know about the world I was going to be a part of, so I spent a lot of time watching "Pitch Black" and "The Chronicles of Riddick" ﻿-- just figuring out the world and creating Luna. That was a really exciting character for me, and there was a lot of back story in that film that I wanted to be able to bring to it.

Nolan: I'm a big Cross Fitter. I've also gotten into running this year. I find that it's a good way to train your mind. And, I'm known to hit the beach and jump up on the rings. Sometimes I cycle. If it's active, it's good! I just like to switch it up.

Nolan: He's like a mentor to everybody. He made a point of talking about people's characters and really getting to know you as a person. He really cares about the work, and he's a classy dude. He made a point to explain to me how he felt my role was important to the story, and he encouraged us to make everything as real as possible.

Your costar Katee Sackhoff has expressed interest in playing Wonder Woman, Harley Quinn and Captain Marvel — are there any superhero roles you'd love to play?

Nolan: I would love to play a superhero – bring it on! I would like to fly. The good thing about being a superhero is you can do the impossible, right? I would absolutely love to do another action movie. I'm also interested in sci-fi or a movie with a mystical element. 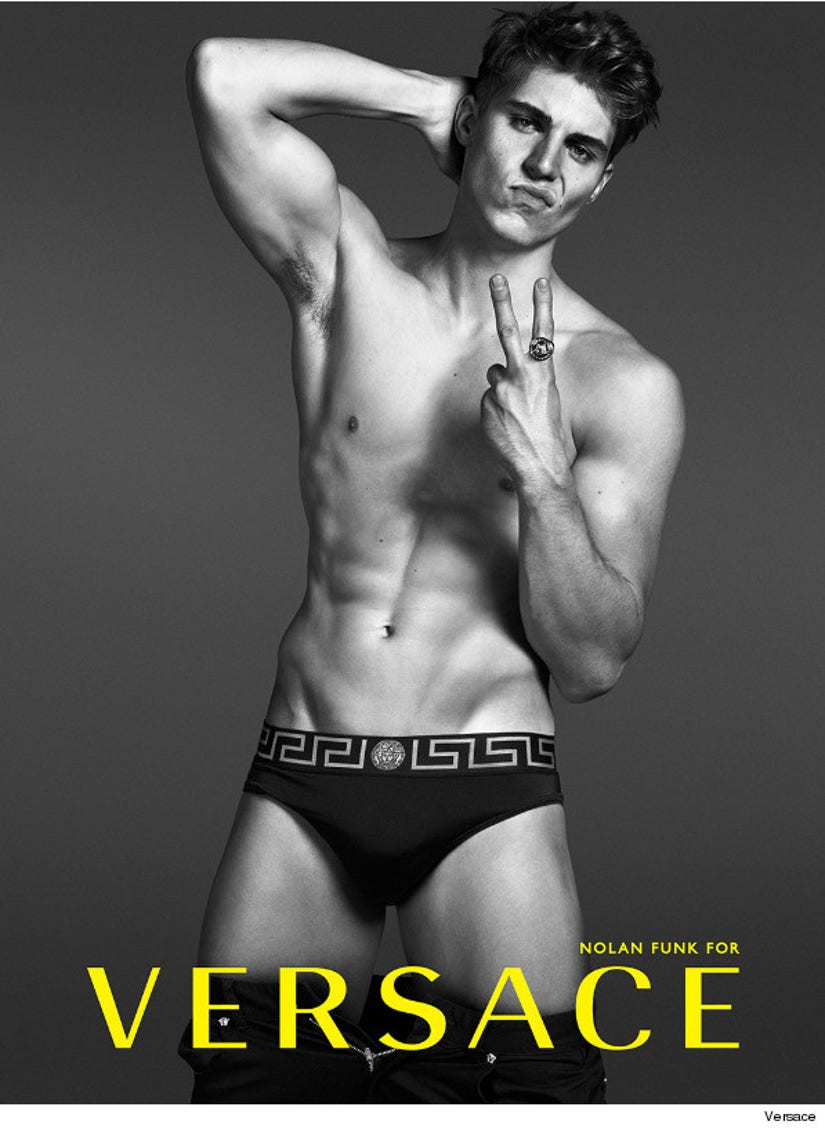 Between "Riddick," "The Canyons" and your Versace shoot, you seem comfortable showing skin — are you worried at all about being typecast?

Nolan: I don't think I was showing that much skin in "Riddick," and I didn't go full frontal in "The Canyons," so I don't know what I'd be branded as other than an actor who can play a lot of different types of roles. I've been really lucky to go from something like "Glee" to "Riddick." I've always just loved character work as an actor, so I hope people can look past whatever perceptions they might have about me. I think it's more about the role and what the character calls for. When I'm acting, I'm thinking about somebody else. I think everything you do as an actor is a character that you're bringing to life.

After "The Canyons," would you work with Lindsay Lohan again?

Nolan: Yes, if it's a role that she's great for, why not?

You switch it up a lot: "Glee," Broadway, action, indie films. In which world do you feel most comfortable?

Nolan: For me, I'm always looking for a way to be uncomfortable in my work. The more challenging, the better. In all of those experiences, there was an intimidating element. There's also an element of feeling comfortable and feeling confident in what you have to bring. Right now, I'm looking to open myself up to more challenging character roles. I've also been working on producing and developing some projects to write and direct.

Let's talk about Broadway. Which musical would bring you back?

Nolan: If I could find the right stage production, I would love to go back. Even for something Off Broadway. I was really lucky to make my debut in such an iconic Broadway show. (He played Conrad Birdie in the 2009 Roundabout revival of "Bye Bye Birdie"). Now, I'd like to challenge myself and do an interesting play. I just need to find the time and find the right role.

Nolan: I did a movie called "American Romance" that I starred in and produced as well. I also have a movie called "WildLike" that's probably going to hit festivals towards the end of the year -- with Ella Purnell and Brian Geraghty from "Hurt Locker." ﻿I have some interesting film projects coming up.

Check out Nolan in "Riddick," which lands on home video January 14.