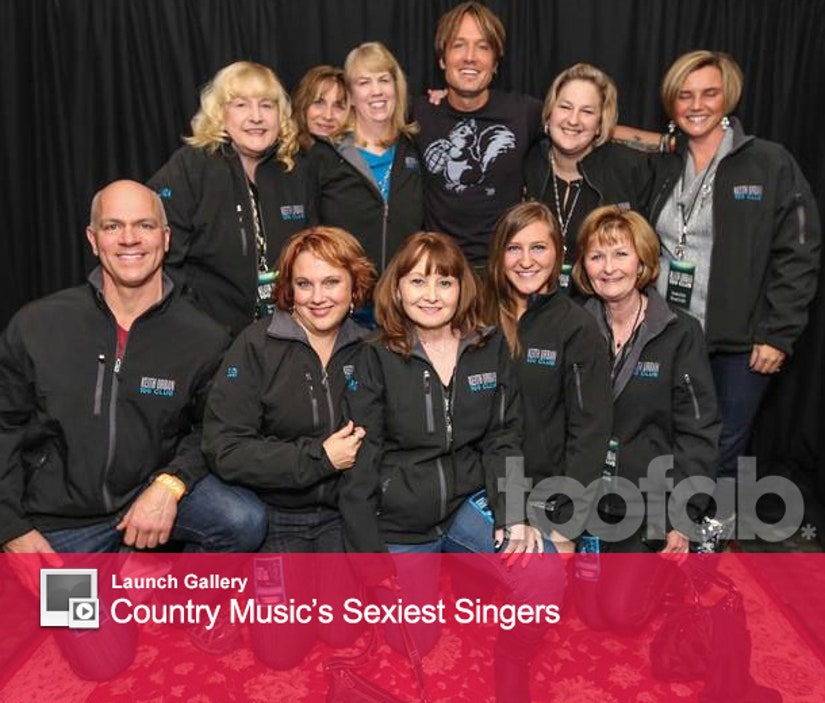 All these superfans have seen Keith Urban in concert over 100 times each, but something tells us the show they saw last Friday was their best EVER.

Ten very lucky Urban aficionados got the VIP treatment, after the country star flew them to Chicago for the weekend of a lifetime.

And toofab has all the details!

We've learned the singer selected 10 fans who have all seen him at least 100 times in concert to join him in The Windy City. Between the 10 of them, they'd seen him a combined 1,200 times!

After Urban paid for their flights and booking them all rooms at The Hotel Allegro, the fans were given $100 in spending money, a lunch of deep-dish pizza (naturally) and a tour of the city.

At his show on Friday night, the group was treated to a meal backstage and then taken one-by-one into a room for an individual chat with the singer himself.

One of the fans tells toofab she got a hug and kiss on the forehead from Keith, who also told her "This is such a special group and I'm so glad you are a part of it."

The fans were then given customized jackets with the words "Keith Urban 100 Club" embroidered on the back and their names on the front. 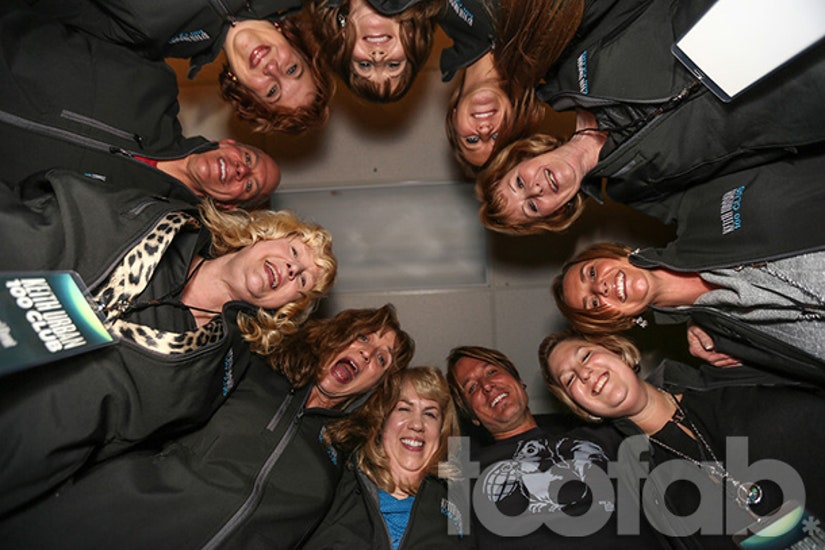 We're told the group then gathered for a huddle (above), where Urban told them how much they all mean to him -- and called this specific group "family." Urban's groupies were then given front row seats to the show and got a shout out from Urban during the performance.

Pretty awesome opportunity, right? So, how'd they all get so lucky?

Back in June, the Keith Urban Facebook Page asked for fans who could prove they've attended over 100 shows. The ones with the proof were notified in the fall that they'd won something very special.

It's great to see a star as big as Keith give back to the people that make him the star he is today.

Are there any musicians you've seen over 100 times?!? Sound off below!