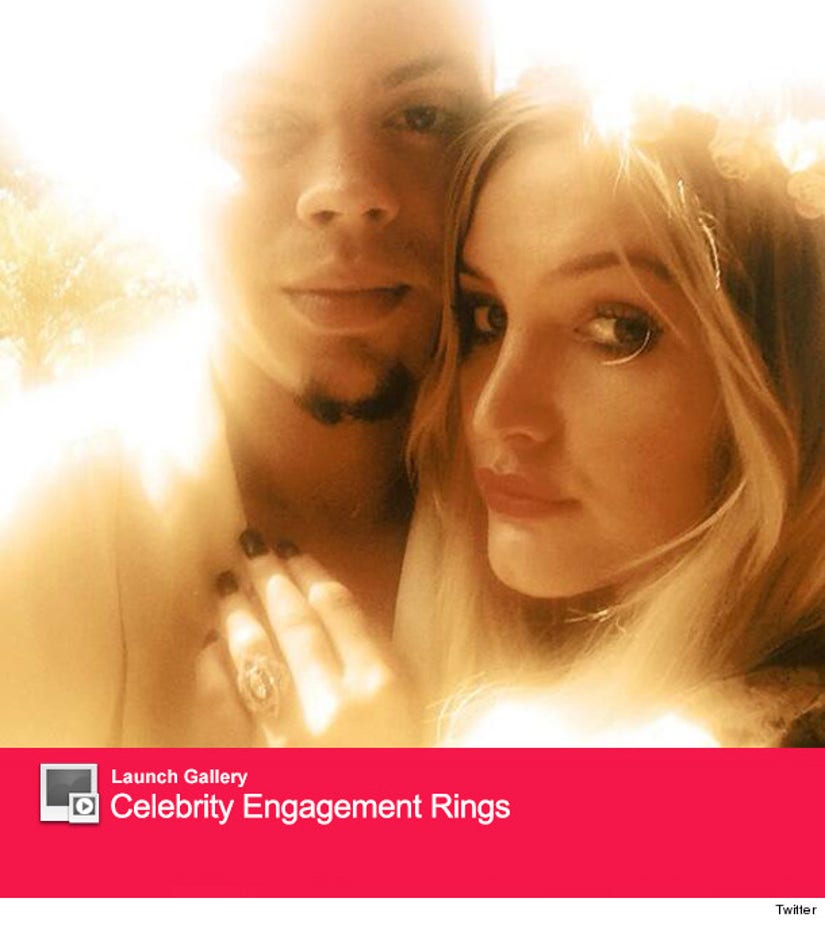 Ashlee Simpson is going to be a bride ... again.

The 29-year-old singer just announced her engagement to Diana Ross' son, Evan Ross, on Monday -- and debuted the first look at her very unique sparkler.

Not only is it huge, but also looks like it's a vintage piece -- and possibly a hand-me-down from Evan's family.

Simpson was previously married to Pete Wentz, who she was with from 2008-2011. They share a son together, Bronx.

As with any celeb who's been engaged more than once, one question remains: Who gave her the better ring?

When he popped the question in 2008, Wentz presented Jessica Simpson's younger sis with a large cushion-cut, conflict-free diamond ring.

Check out the side-by-side below:

Where Pete's was more traditional, Evan's is definitely a one-of-a-kind piece.

Which would you rather rock on your ring finger? Vote below!