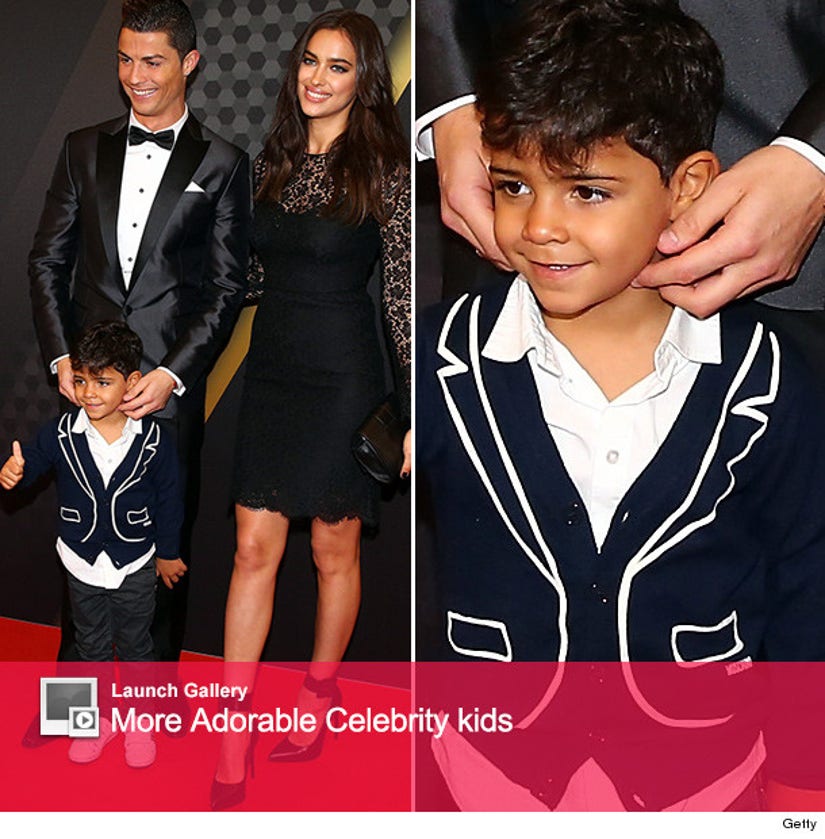 What a good looking family!

After losing out to Lionel Messi for the past three years, the soccer stud was finally awarded the top honor at the event -- and he was clearly emotional about the win.

Ronaldo broke into tears as he accepted his trophy, with his three-year-old son joining him on stage during his speech. 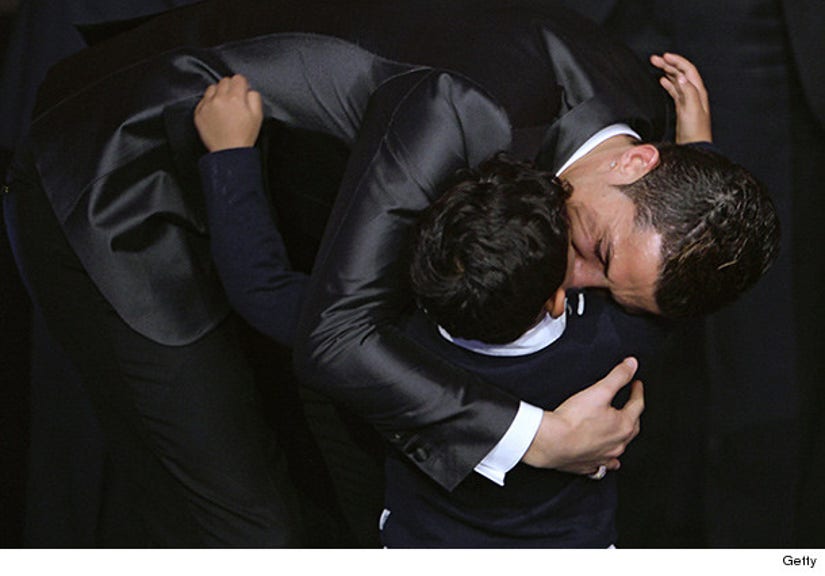 The sexy sports star welcomed the little guy in 2010. Ronaldo has exclusive custody of the boy, whose mother wanted to remain anonymous.

This is the first time Junior has hit the red carpet with his famous father -- and we hope to see more of them in the future. He's so cute!

Check out more celeb kids in the gallery above.