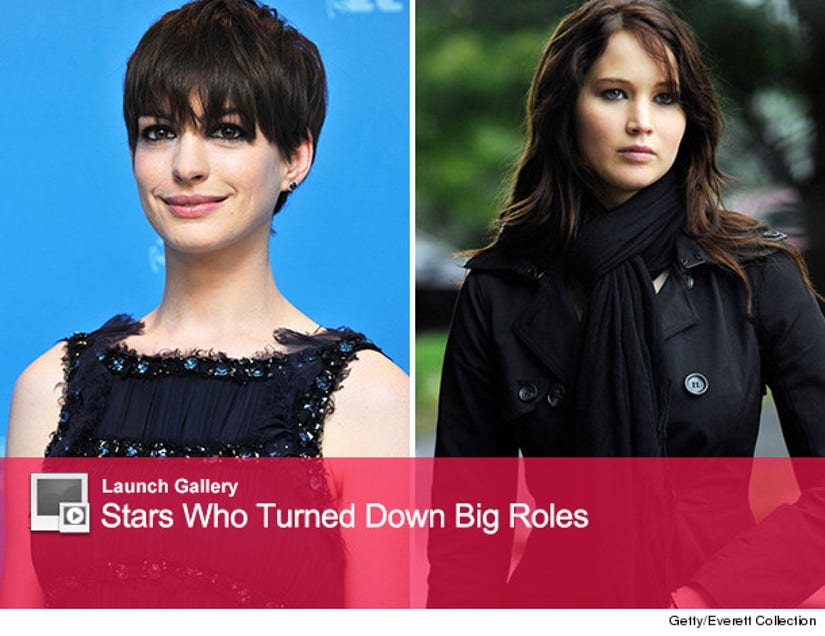 At least both leading ladies won an Oscar!

The Weinstein Company co-chairman said that Anne left because of "creative differences" with director David O'Russell.

"Anne wasn't doing it," Weinstein told the radio host. "And she's marvelous, and wonderful and she was my choice, I love her."

"I'll bet she's kicking herself in the head," Stern added.

"Well, whatever, I don't think so," the movie mogul responded. "She went on to win the Academy Award for Les Miserables. Maybe we're kicking ourselves in the head."

He later explained how J.Law eventually landed the life-changing part.

"The minute we saw Jennifer Lawrence's tape...because I said, how the hell are we going to replace Annie? And then this amazing creature walked in who's a brilliant actress and so much fun and she won the Oscar," Weinstein said.

Well, it all worked out for the best!

It seems another actor was set to play Bradley Cooper's role as well!

Weinstein revealed that Mark Walhberg was originally considered for the part.

"We had Annie and then we had Mark . . . then whatever happened, happened," Weinstein explained.

Do you think Anne and Mark would have been a good fit? Sound off below, and click "Launch Gallery" above to see other stars who turned down big roles!