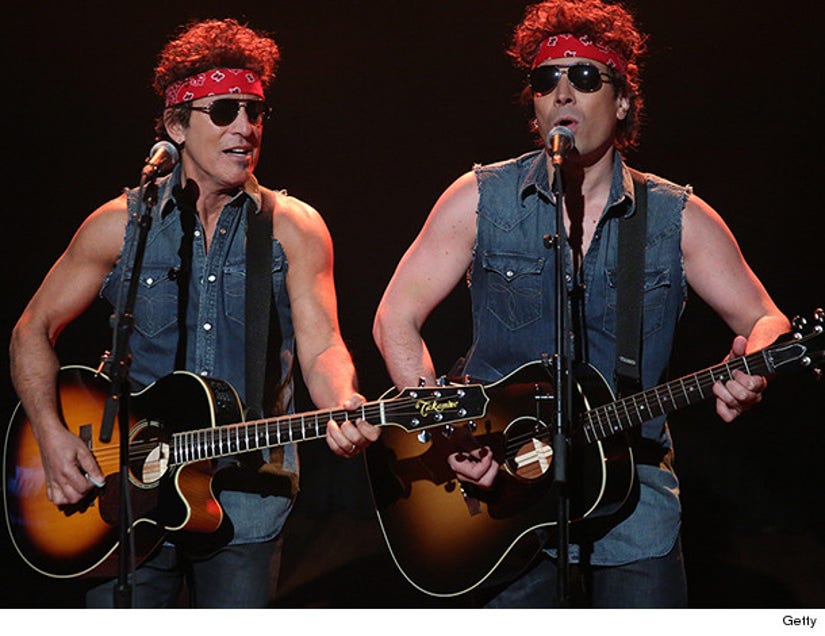 The rocker joined the late night host onstage on "Late Night with Jimmy Fallon" on Tuesday to sing a parody of his classic hit, "Born to Run," about the Fort Lee traffic scandal that Christie is at the center of.

"In the day we sweated out on the streets, stuck in traffic on the GWB ... Maybe this Bridgegate was just payback, it was a b——slap to the state Democrats. We got to get out while we can. We're stuck in Gov. Chris Christie's Fort Lee, N.J., traffic jam," Fallon sang.

Springsteen then appeared onstage, in a matching ensemble, adding a few new lyrics of his own.

Springsteen later added a zinger about the massive traffic jam caused by the lane closures on the bridge: "It was longer than one of my own damn shows."

Christie fired his deputy chief of staff last week after documents showed that she was involved in closing lanes on the George Washington Bridge, causing days of traffic jams in Fort Lee, N.J. Opponents say the move was political retaliation against a Democratic mayor who refused to endorse Christie for re-election.

We can bet this parody will hurt the Governor's feelings -- he's a huge Springsteen fan!

What do you think of the song? Check out the clip above to see Fallon and Springteen in action and sound off below!