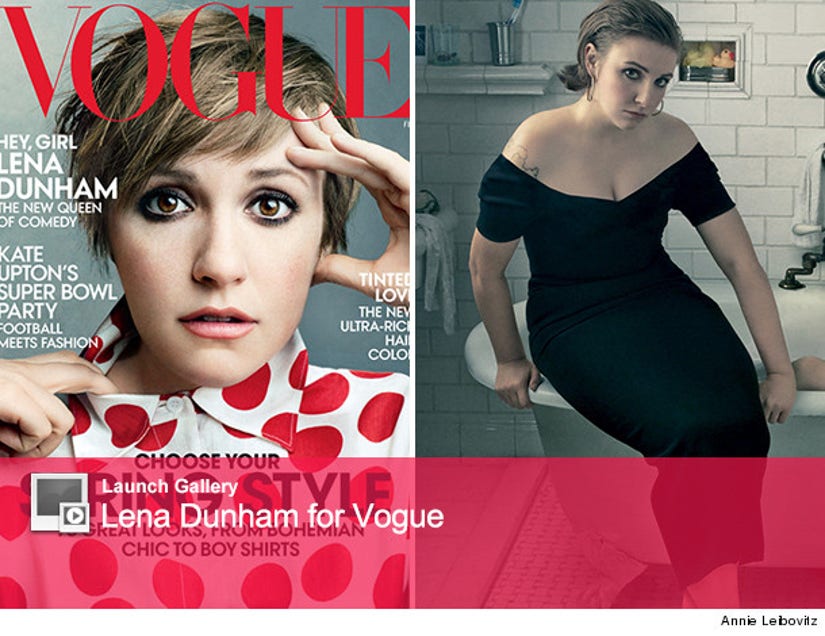 Lena Dunham is trying to change the world -- one sex scene at a time!

The "Girls" star covers the February issue of Vogue, where she opens up about her motivation behind the hit HBO series and her personal life.

When it came to creating "Girls," Lena wanted to do something different -- putting real looking people on the screen and seeing them experience the physical, mental and emotional processes of relationships.

"I want people ultimately, even if they're disturbed by certain moments, to feel bolstered and normalized by the sex that's on the show.”

Dunham leaves little to the imagination on the series, so you'd think she's an open book ... but, that's not the case!

"No one would describe me as a private person, but I actually really am. It's important for me to have a lot of time alone, and to have a lot of time in my house by myself. My entire life sort of takes place between me and my dog, my books, and my boyfriend, and my private world," she tells the mag.

And while the 27-year-old has a ton of friends both in her personal life and in Hollywood, she wasn't always so popular.

"I thought of myself as relatively unpopular. It wasn't anybody's fault—I didn't go to high school with mean kids—but I didn't feel part of it. . . . I didn't really start to feel like I had friends in a real way until I graduated from college and became engaged with the people I'd be engaged with professionally," she explains.

Well, Lena should be proud of herself -- she's not even 30-years-old yet and she's gotten more accomplished in her young years than most people twice her age.

What do you think of Dunham's candid confessions? Tell toofab in the comment section below, and click "Launch Gallery" above to see all the photos from her shoot!

Make sure to check out Vogue.com for more of Lena's interview with the mag.