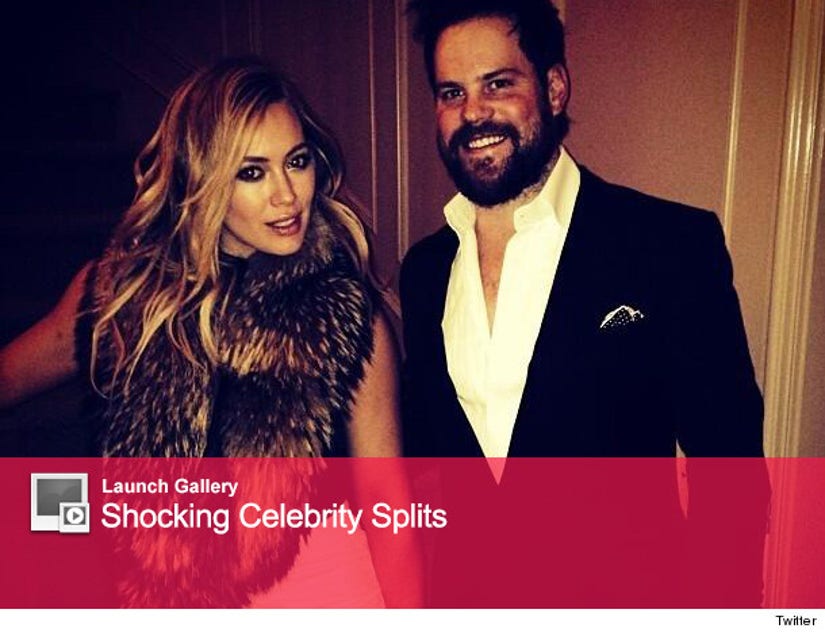 Hilary Duff is fighting back!

The actress took to Twitter on Wednesday to slam multiple tabloid stories regarding her separation from Mike Comrie.

"Don't believe the s--t you read! & don't buy trash magazines!" she wrote. "They are so gross and so negative. They literally make my skin crawl."

According to Us Weekly, Comrie wasn't working hard enough at their relationship and "the spark was no longer there." The magazine also reported that the estranged couple went to marriage counseling for 18 months prior to their split.

Insiders close to Duff and Comrie reportedly told Life & Style that Mike's retirement from his NHL career in 2012, due to hip surgery, caused problems for the pair.

Hilary hasn't commented on the reason for the split, but her rep released the following statement: "They remain best friends and will continue to be in each other's lives. They are dedicated to loving and parenting their amazing son, and ask for privacy at this time."

We wish them the best in this difficult time.

What do you think of Hilary's fighting words for the tabloids? Sound off below, and click "Launch Gallery" above to see more shocking celebrity splits!