The now 21-year-old was spotted in Los Angeles this week, looking like the perfect mix of father Kurt Cobain and rock mom Courtney Love.

While we haven't seen much of Frances lately, her recently-dyed and cut blonde hair is reminiscent of her dad's locks back in the day. She's also got his icy blue eyes.

This April, it'll be 20 years since the Nirvana frontman took his own life at the young age of 27.

Earlier this week, Frances tweeted out another photo that made us think a lot about her famous father -- showing her flipping the bird while wearing a cardigan.

Between the hair and the color of the sweater, we had some serious flashbacks to Nirvana's famous appearance on MTV's "Unplugged" in November 1993. 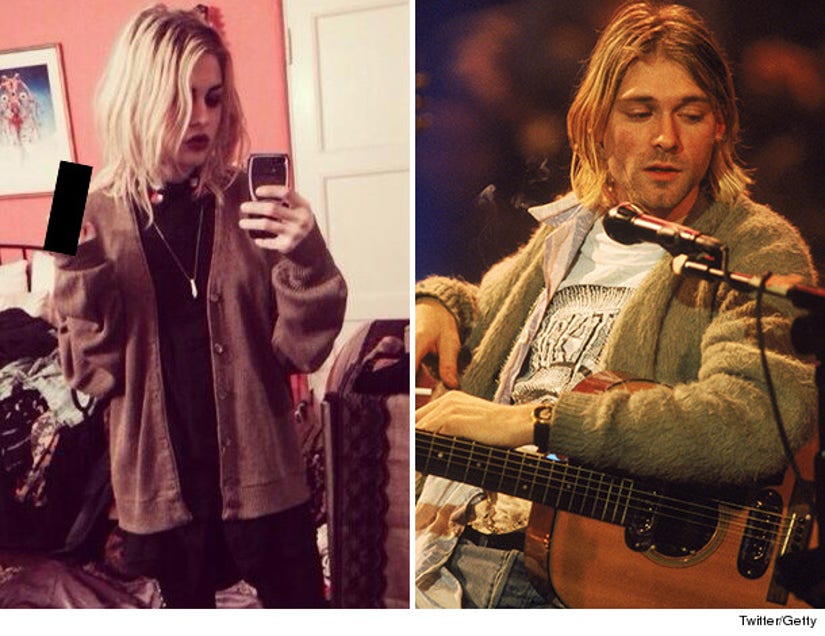 See how other celebrity kids have grown up in the gallery above.