Kim Kardashian covered a lot of ground during her new interview with Ellen DeGeneres.

The reality TV star appears on the talk show today, where the two talk about everything from her upcoming marriage to Kanye West to his recent attack on an 18-year-old in Los Angeles earlier this week.

The new mom also shows off some brand new photos of her daughter with the rapper, North West -- and, we have to say, they're pretty adorable! 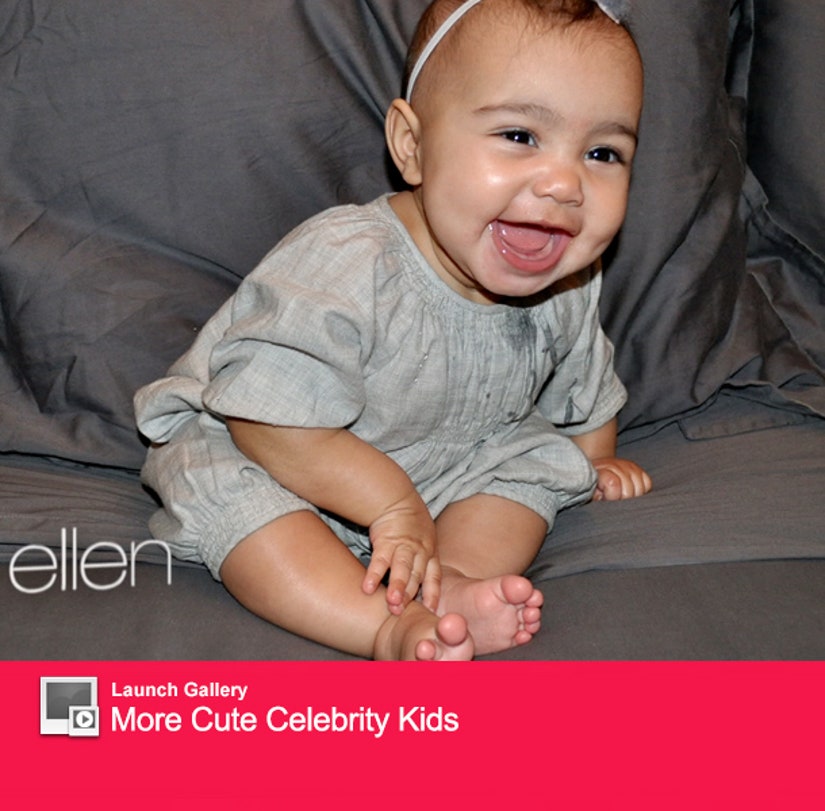 While we haven't seen much of Kanye with their kid, but she shared one pic of the two of them that is too cute for words. See it in the video above.

"He's not a diaper kind of guy," Kardashian says of West's fathering skills -- adding, "He is honestly the most amazing dad. He loves her so much."

Unfortunately, for legal reasons, the 33-year-old didn't have much to say about her fiance's "incident" -- check out the video above to see the full interview.