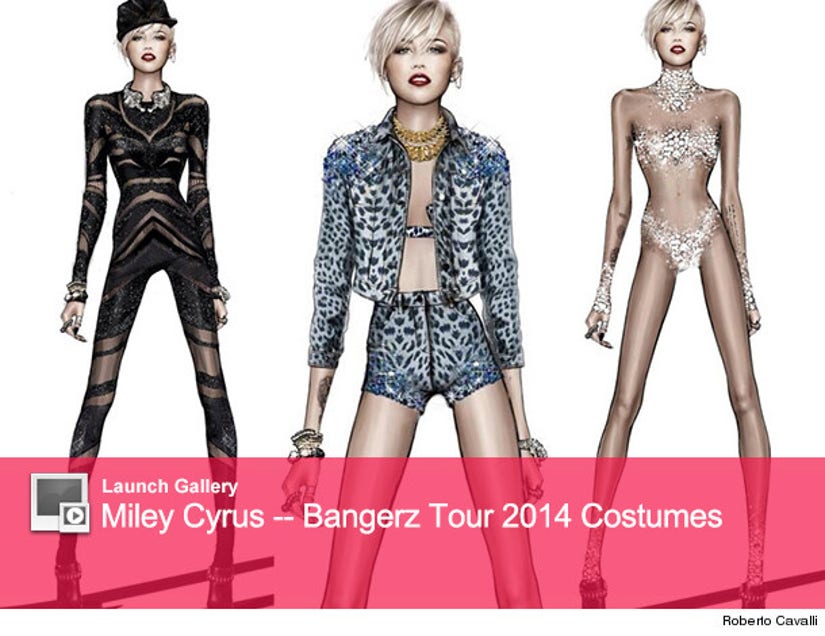 Hope you're not tired of seeing Miley Cyrus' legs -- because she's going to be showing them off A LOT during her 2014 tour.

Designer Roberto Cavalli just shared 6 of his designs for her "Bangerz" tour costumes, and it's pretty clear she has no intention to cover up.

While one of the outfits is a full bodysuit, the others all highlight her slim physique and long legs, with the singer wearing a collection of short shorts, bras and jackets.

One of the other costumes is giving us major Britney Spears flashbacks too, as it looks like Miley will wear something similar to Brit Brit's nude "Toxic" ensemble.

But these aren't her only looks. In an interview with The Hollywood Reporter, Miley said that she'll also be wearing designs from The Blonds, Jeremy Scott, Marc Jacobs and Bob Mackie.

Cyrus herself has already started prepping for the shows, sharing a pic today from one of her rehearsals. 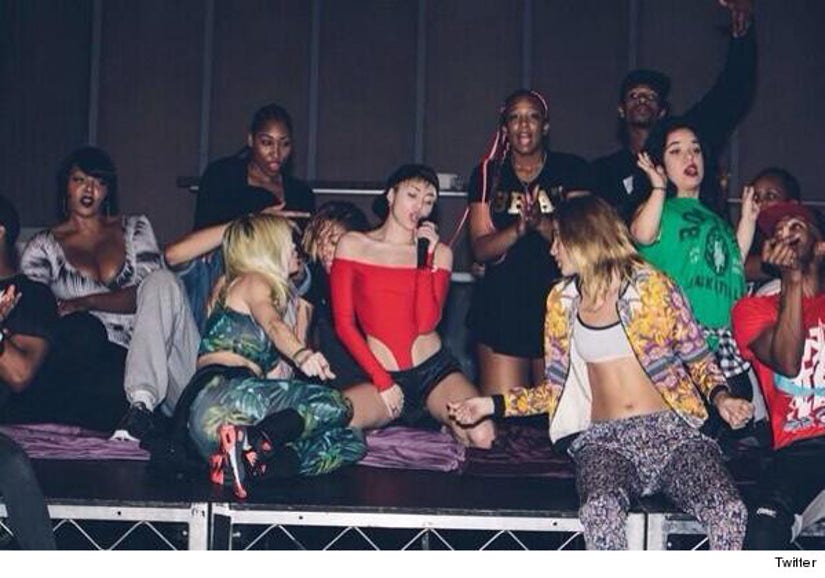 The world tour kicks off February 14 in Vancouver.