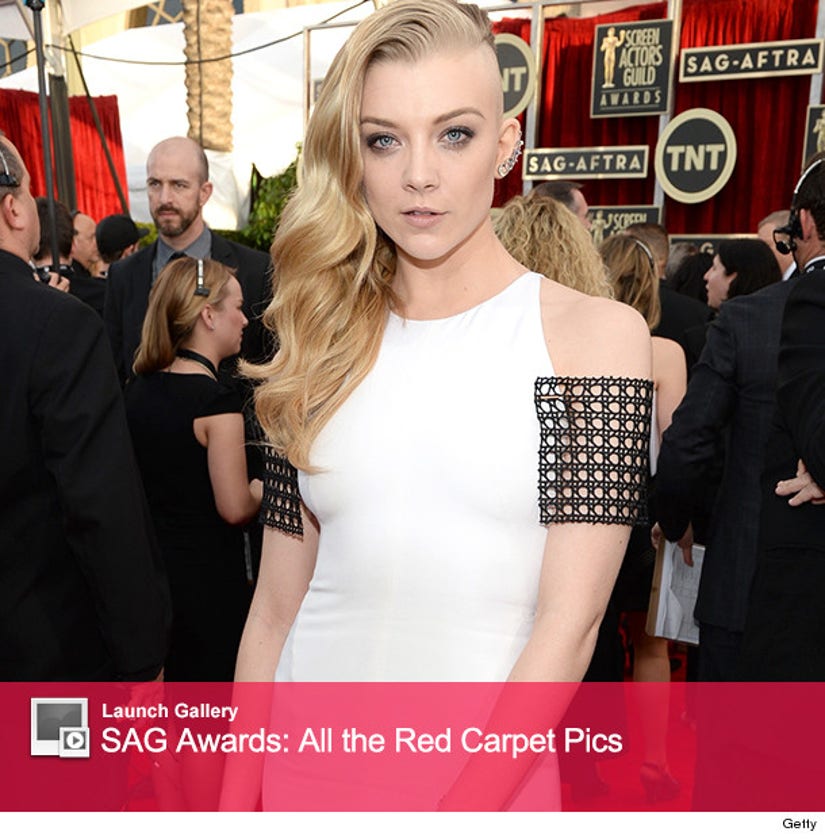 Of all the looks on the red carpet at the Screen Actors Guild Awards, this was definitely the one that shocked us the most!

"Game of Thrones" star Natalie Dormer debuted her new 'do at the ceremony on Saturday night in Los Angeles, showing up with half of her head shaved.

While stars like Ke$ha and Jada Pinkett Smith have rocked the hairstyle in the past for fun, this look is for the actress' upcoming role as Cressida in "The Hunger Games: Mockingjay."

She definitely looks like a total badass with this new cut -- and we have a feeling she's going to do a good job giving The Capitol hell in the flick, which is due out in November.

What do you think of her new shocking style? Sound off below!

And see more stars from the SAG Awards in the gallery above.