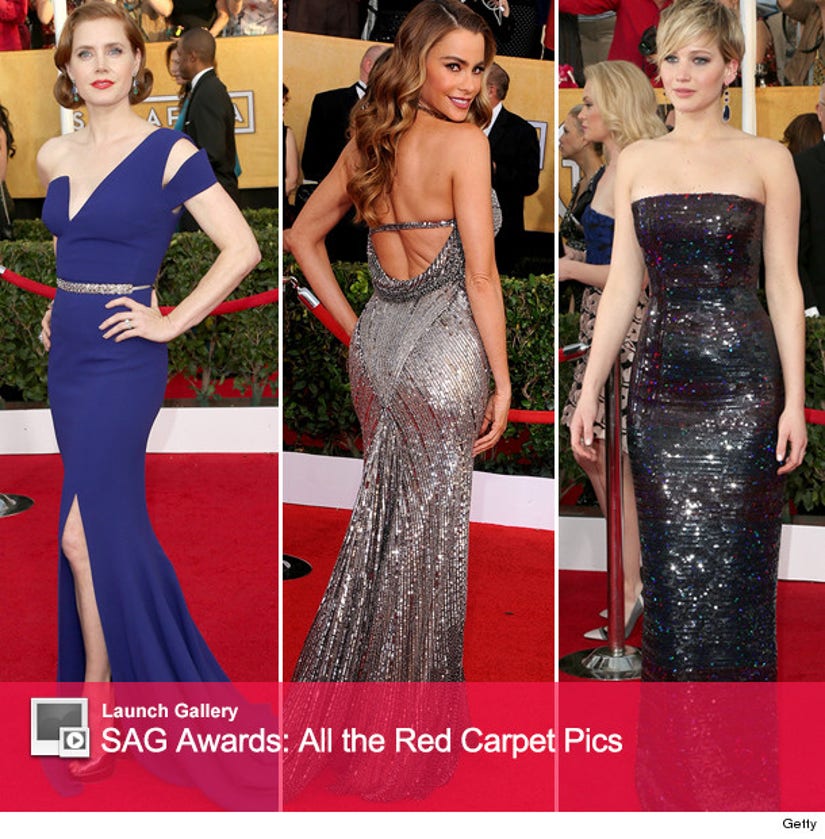 Hollywood's sexiest stars came out for the 2014 Screen Actors Guild Awards at the Shrine Auditorium on Saturday -- and it was one hot red carpet!

Sofia Vergara, who said she looked like an "old Jessica Rabbit," showed off her hot bod in a silver sequin Donna Karan gown. She left her brunette locks down with loose curls, adding a pop of bling with a diamond and emerald statement necklace.

Kerry Washington certainly knows how to dress her baby bump. She let her blossoming belly peek out from under her custom pink Prada top and black skirt.

And Jennifer Lawrence, who disappointed in Dior at the Golden Globe Awards, did it right this time -- and though she was worried about her "armpit vagina," she looked stunning in a skin-tight gown.

Amy Adams was the epitome of Hollywood glamour, rocking a fitted asymmetrical blue dress with a diamond belt. She swept her hair into a low up 'do at the nape of her neck.

Anna Gunn stood out on the carpet in a navy beaded gown. She completed her look with a custom "Breaking Bad" bedazzled clutch.

"12 Years a Slave" ﻿leads the way with four nominations, including a nod for the night's top honor, outstanding performance by a cast in a motion picture. Other films up for the award include "American Hustle," "August: Osage County," "Dallas Buyers Club" and "Lee Daniels' The Butler."

And those looking ahead to the Oscars should pay attention to the winners tonight -- the SAG Awards are often used as an indicator of who will take home the gold at the Academy Awards.

Keep checking back with toofab for the latest photos from the red carpet!