Someone got up close and personal with Bradley Cooper's crotch on the red carpet this weekend -- and it wasn't welcome.

While the "American Hustle" star was talking to costar Michael Pena and Mandy Patinkin of "Homeland" at the Screen Actors Guild Awards on Saturday night, a Ukrainian journalist (and notorious prankster) made a beeline for the actor's waist, kneeling down and hugging him in front of photographers.

Coop was clearly embarrassed by the stunt and tried to lift the guy off the ground. The man, Vitalii Sediuk, then got up on his own and whispered something in Bradley's ear.

Sediuk has a history of making stars uncomfortable. In 2012, Will Smith smacked him in the face after Vitalii tried kissing him at a "Men In Black III" premiere.

He also rushed the stage at the 2013 Grammy Awards. 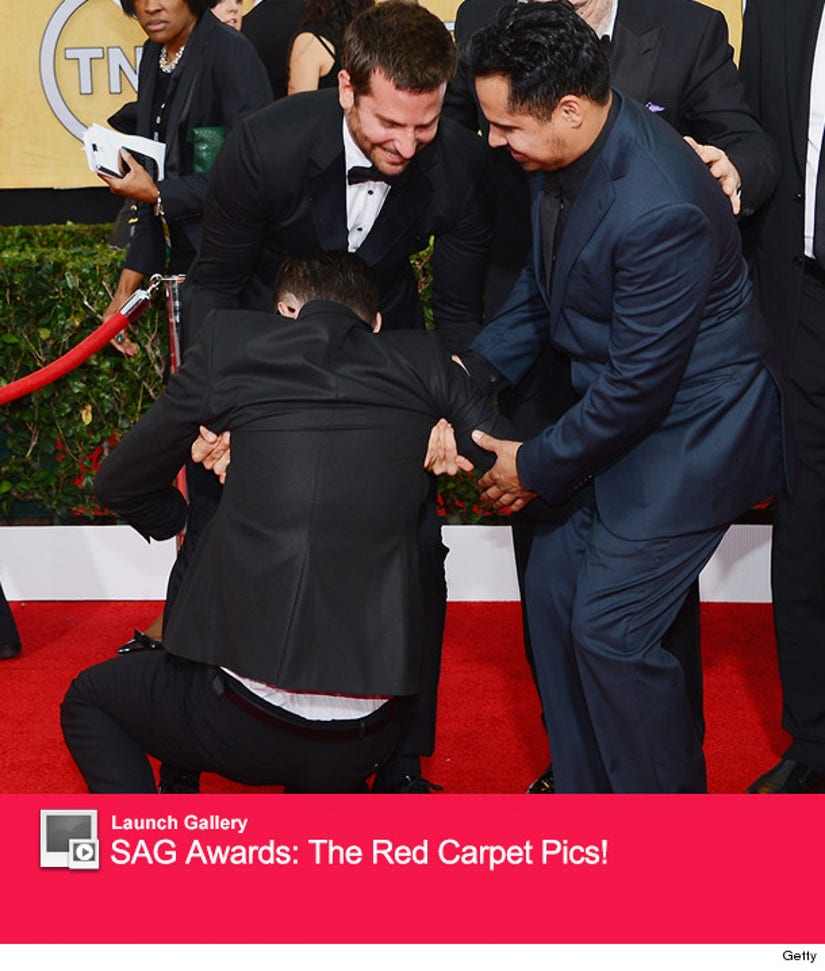