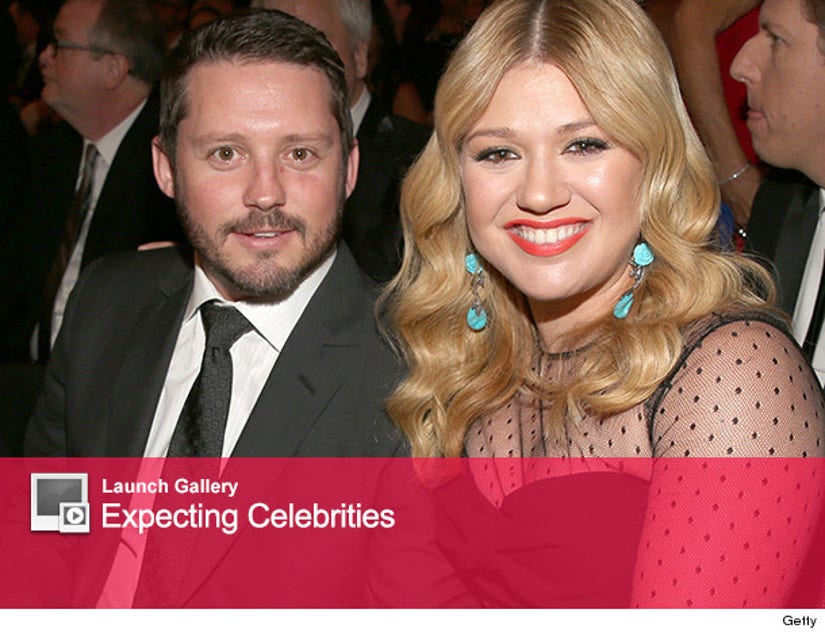 Time to paint the nursery ... pink!

Kelly Clarkson took to Twitter on Monday to share the happy news that she's expecting a baby girl with husband Brandon Blackstock.

"We just found out we're having a girl officially! I knew it! Only a girl could cause this much drama with all this vomiting ha!" she tweeted.

The singer has been very open about her pregnancy woes, talking about her trouble with morning sickness.

"That's the thing too, you're not attractive when you're pregnant," Clarkson recently told Ellen DeGeneres. "Like everybody tells you you glow and you're hair is pretty and you're nails are pretty. That's is total crap. My nails are short, my hair still falls out like it's not all lush and beautiful and I have no glow. Unless it's like something left over from a bad throw up."

We hope she's feeling better now that she's farther along!

The country starlet has already been getting used to parenthood -- Brandon has two children, Savannah, 11, and Seth, 7, from a previous relationship.

Congrats to the growing Blackstock family!