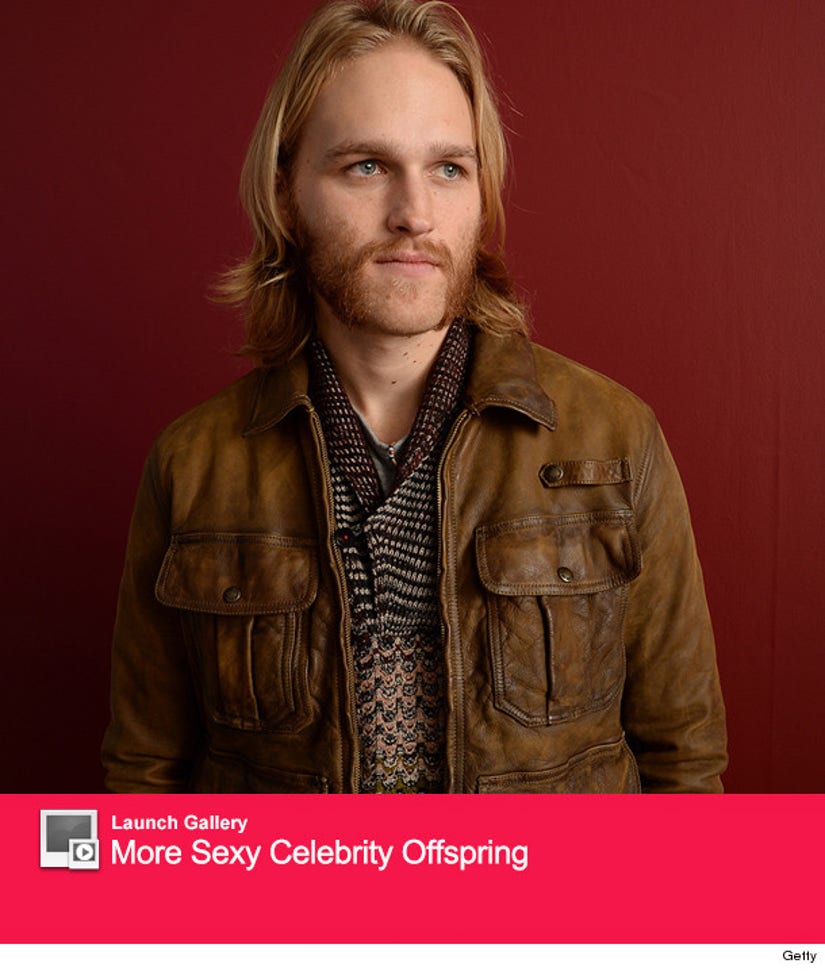 This blonde has been getting a lot of attention at Sundance Film Festival this year -- and, with those good looks, it's easy to see why.

But you may be surprised to learn who his parents are.

Wyatt Russell not only has a pair of celebrity parental units, but he also has a couple of famous siblings as well. And he looks A LOT like his father.

So, which Hollywood family does this 27-year-old belong to? 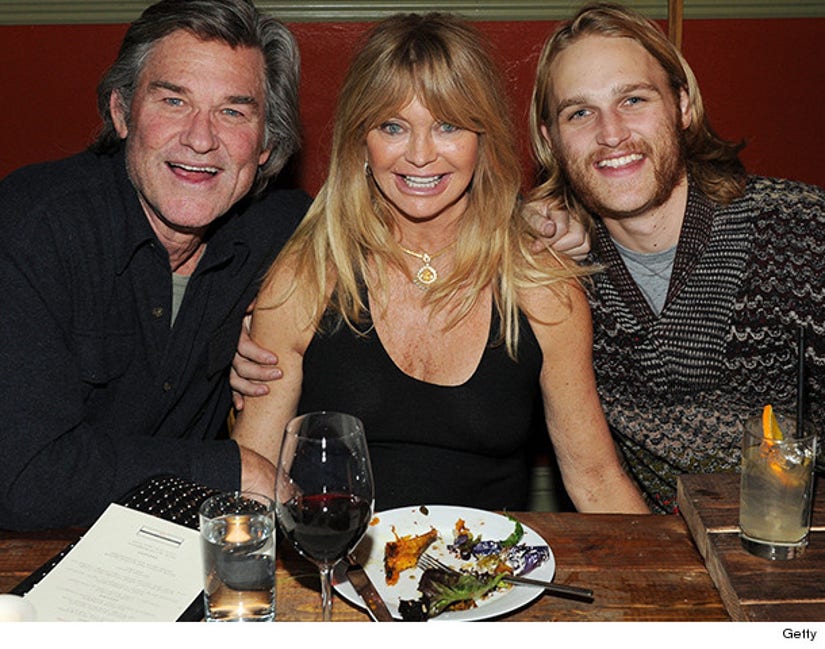 He's the only son of Kurt Russell and Goldie Hawn, seen here grabbing dinner together on Saturday night in Park City.

With his father's handsome face and his mother's golden hair, he's a perfect mix of the two -- and is half-siblings with Kate Hudson and Oliver Hudson.

And, like the rest of his family, Wyatt has entered the acting world as well. He starred in last year's moody cannibal flick "We Are What We Are" and is currently promoting "Cold In July."