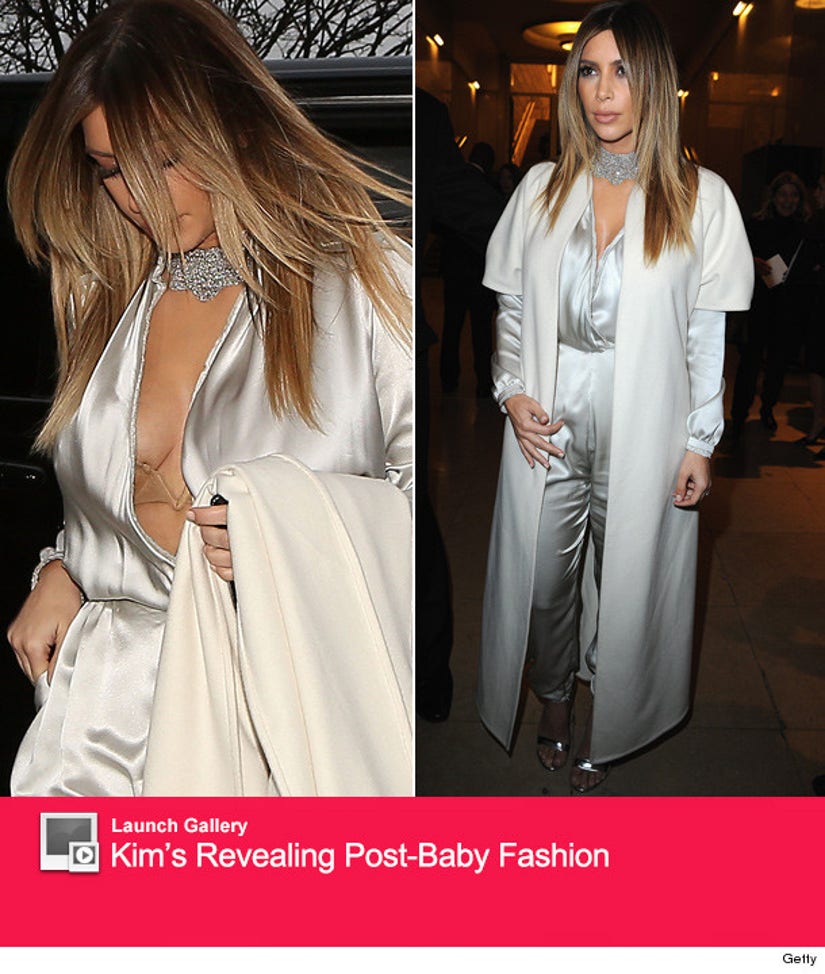 How low can you go?

Kim Kardashian showed off her cleavage at the Stephane Rolland show as Paris Fashion Week continues in the City of Lights, stepping out in an all-silver ensemble with a plunging neckline.

So plunging, in fact, that she accidentally revealed her nude bra, which was clearly supposed to remain hidden behind the silver top -- as it is in the photo on the right.

Of course, Kim hasn't been shy about her post-baby physique since giving birth to North West back in June, as she's been putting her curves on display every chance she gets.

Need proof? Just check out the gallery above.

While in Paris, the "Keeping Up with the Kardashians" star is also reportedly scoping out wedding locations with Kanye. They're set to tie the knot this summer.

See what she recently told Ellen DeGeneres about her wedding plans, and check out the new photos she shared on her show last week, in the video below.