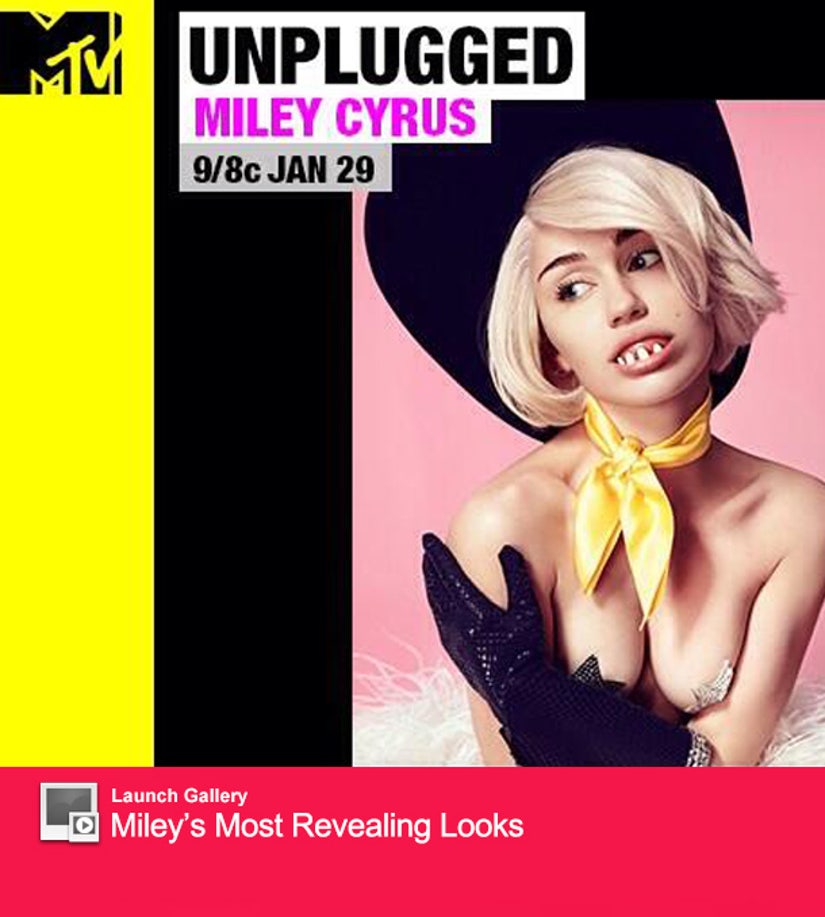 We can safely say Miley Cyrus has never looked worse.

The singer tore a page out of Lady Gaga's playbook to promote her upcoming "Unplugged" special on MTV, sporting nasty fake teeth and little else in an ad for the televised event.

MTV announced the news that Cyrus will do a stripped down set for the network during last night's "Teen Wolf," revealing the special will air on January 29.

"The 'Unplugged' stage has been home to some of the most iconic live performances of all time," Amy Doyle, Executive VP Music and Talent Programming Strategy for MTV, tells The Hollywood Reporter.

"Miley's vision for the performance is like nothing we've ever seen. I can say that this will easily be one of the most memorable 'Unplugged' performances to date."

Considering her antics during the VMAs and EMAs, we have no doubt Miley will go all out again for her upcoming MTV appearance.

Will you watch? Sound off below!