Russell Simmons has a thing for younger woman -- but is he really dating "American Pie" star Shannon Elizabeth?

The two were rumored to be an item after stepping out together at a Golden Globe party earlier this month, after making a joint red carpet appearance where the hip-hop mogul was seen with his arm around Elizabeth's waist.

FYI, Russell is 56, Shannon is 40. Not too bad by Hollywood standards.

The two have kept a low profile since, but last night they were seen leaving vegan restaurant Crossroads Kitchen with a couple of friends.

They definitely seemed chummy and Simmons even walked the actress to her car, being a true gentleman by opening her door for her.

But are they dating? We asked ... check out their awkward response in the video! 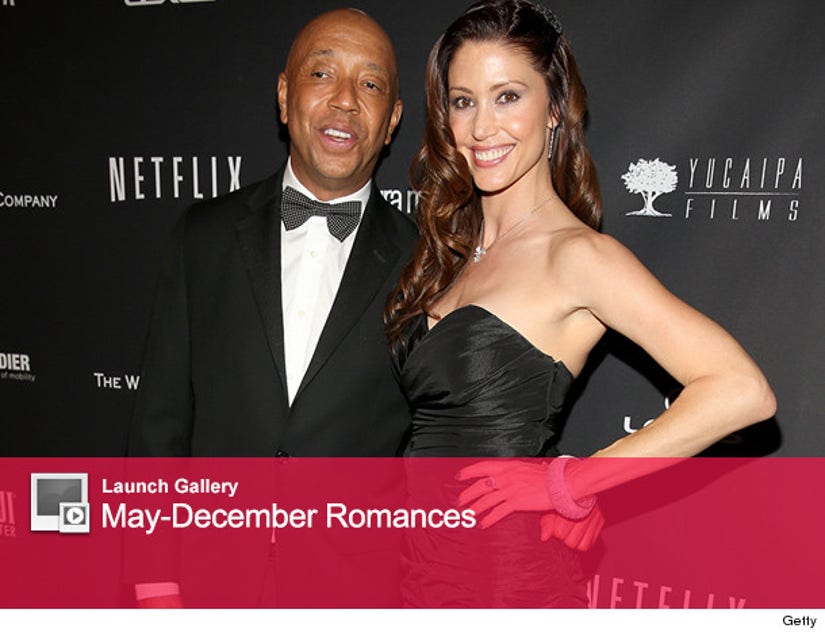