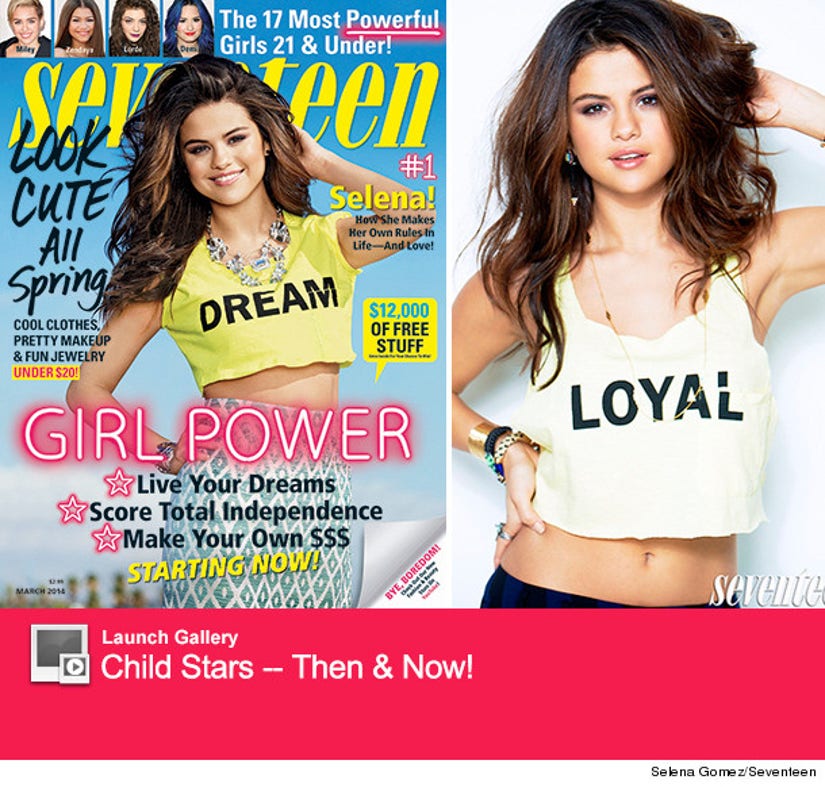 Selena Gomez has a good head on her shoulders!

The former Disney star covers the March issue of Seventeen magazine, where she opens up about feeling powerful, her feud with Lorde and her thoughts about dating.

The brunette beauty has come a long ways since her Disney days with fellow pop stars Demi Lovato, Miley Cyrus and the Jonas Brothers -- and she's much more comfortable and confident with who she is today!

"This year is when I really started feeling powerful. I had always been the underdog secretly. I was on Disney when it was Miley [Cyrus], the Jonas Brothers, and Demi [Lovato]. I questioned the way I looked, acted, sang, and wrote. Then I turned 20, went through a really bad breakup, and realized I needed to have 'Come & Get It' be amazing. I wanted it all to be me. I'm glad it's taken me this long to get where I am because now I am ready for it," she tells the mag. 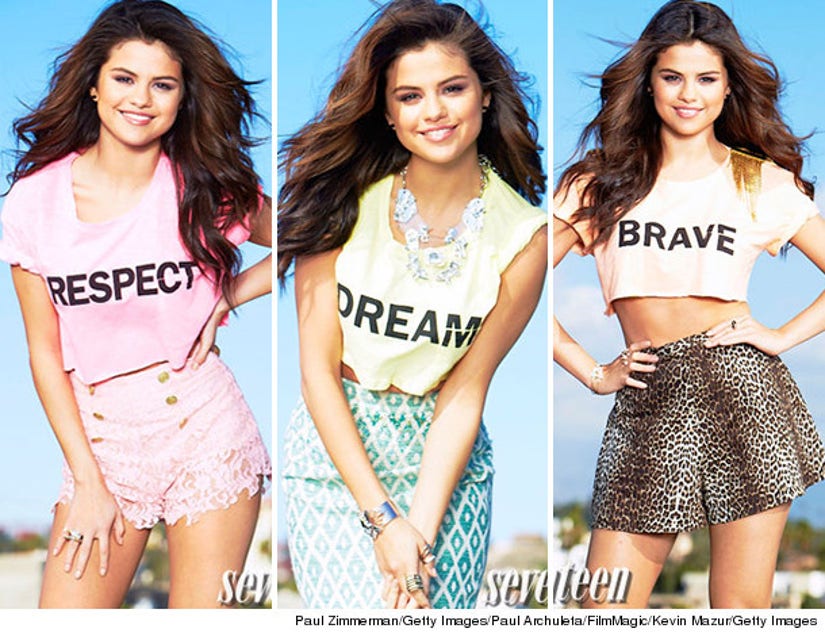 Gomez also doesn't have any hard feelings when it comes to this year's biggest breakout star Lorde.

The "Royals" singer shared some not-so-kind words about Selena's music last year, but the 21-year-old hopes they can make amends one day -- and she's still a big fan of the New Zealand native.

"I recently did an interview and they asked me who I thought was up-and-coming and making a difference. I said, 'She doesn't like me, but Lorde.' I'm going to support her whether she likes me or not because I think she's doing great things. Some day I will see her and we'll be cool," she says.

And when it comes to dating, the "Birthday" singer says she's had a hard time finding someone who's not intimidated by her success. Justin Bieber, we're talking about you!

"I actually talked to Katy Perry about guys who are intimidated by strong girls. I haven't found someone yet who could understand my lifestyle, support it, love me through it, and not be threatened by it. It's hard. I do think I might scare some guys, because I'm like, 'I want to change the world! I have dreams! What do you want to do?' But I only know how to be me," Gomez confesses.

We're sure Selena will meet the right guy, if she ever gets away from the Biebs.

What do you think about her candid confessions? Tell toofab in the comment section below and check out more child stars then and now above!