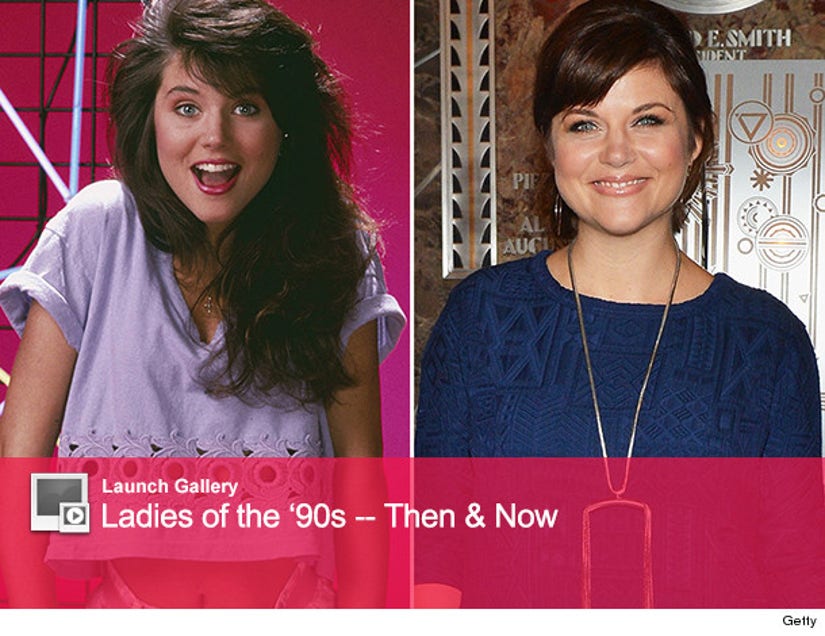 Kelly Kapowski is all grown up!

Tiffani Thiessen, who's celebrating her 40th birthday today, is still the spitting image of the bubbly cheerleader from "Saved By the Bell."

The brunette beauty caught her big break at the age of 15, landing the life-changing role on the hit NBC series.

The actress is now happily married to Brady Smith and has a beautiful 3-year-old daughter named Harper.

Tiffani wasn't the only star to steal the hearts of teenage boys in the '90s -- click "Launch Gallery" above to see her "Saved By the Bell" costar Elizabeth Berkley, along with Jessica Biel, Jennifer Love Hewitt, Pamela Anderson, Carmen Electra and more leading ladies who got their big breaks over 20 years ago!