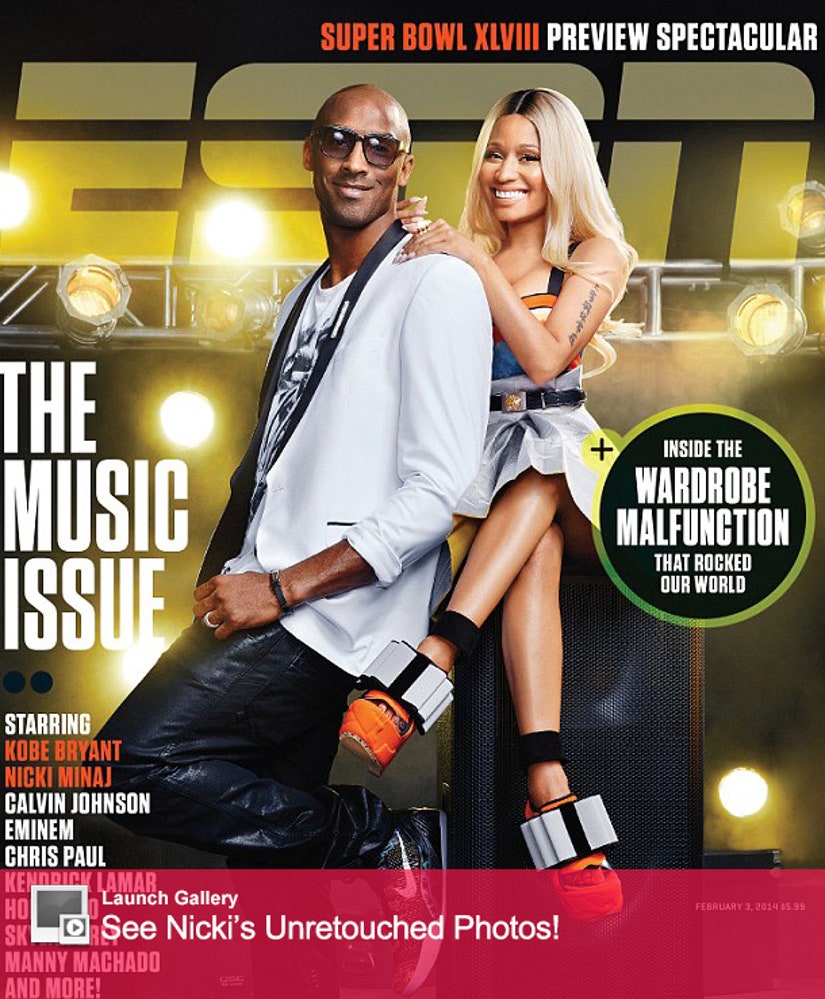 ESPN The Magazine is speaking out against cover girl Nicki Minaj, who said their photos of her were an example of "when retouching goes wrong."

And they're adamant, that's her forehead!

The singer and basketball star Kobe Bryant cover the publication's Music Issue, but Nicki wasn't happy with her appearance, specifically her high hairline.

"I love my personal unretouched photos where my forehead doesn't mysteriously grow in length," she posted on Instagram on Thursday.

She followed up that message with some personal behind-the-scenes photos from the shoot, in an attempt to show how much they altered her appearance. See those pics above.

The magazine's editor-in-chief Chad Millman tells toofab, "While we occasionally make minor visual and cosmetic adjustments to cover images, we do not significantly change a person's unique physical characteristics."

"The folks on our covers are too proud of their bodies to stand for that," he continues. "The forehead Ms. Minaj walked in with is the one on the cover and we're thrilled she participated."

Despite her complaints, it seems like Nicki still enjoyed herself and is happy to be on the cover in the first place.

"So honored to be a part of this with Kobe. Had a blast," she later tweeted.