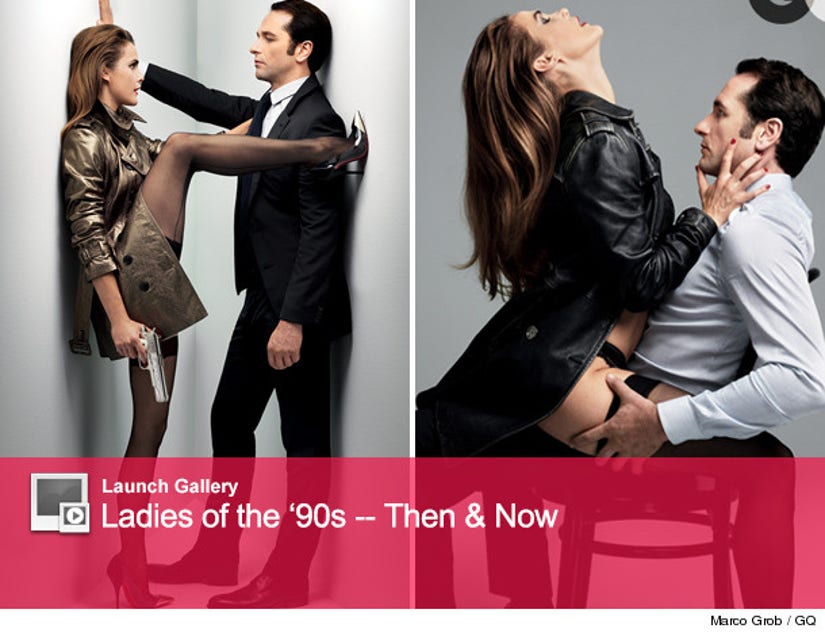 "The Americans" costars Keri Russell and Matthew Rhys are steaming up the February issue of GQ with a sexy photo spread.

In one sultry snapshot, Russell wears nothing but a metallic gold trench coat, stockings and a pair of Louboutin heels, trapping her onscreen love against the wall while she holds a gun.

In another pic, the actress is stripped down in lingerie, straddling her costar as she grabs onto his tie.

These two certainly have a lot of chemistry! 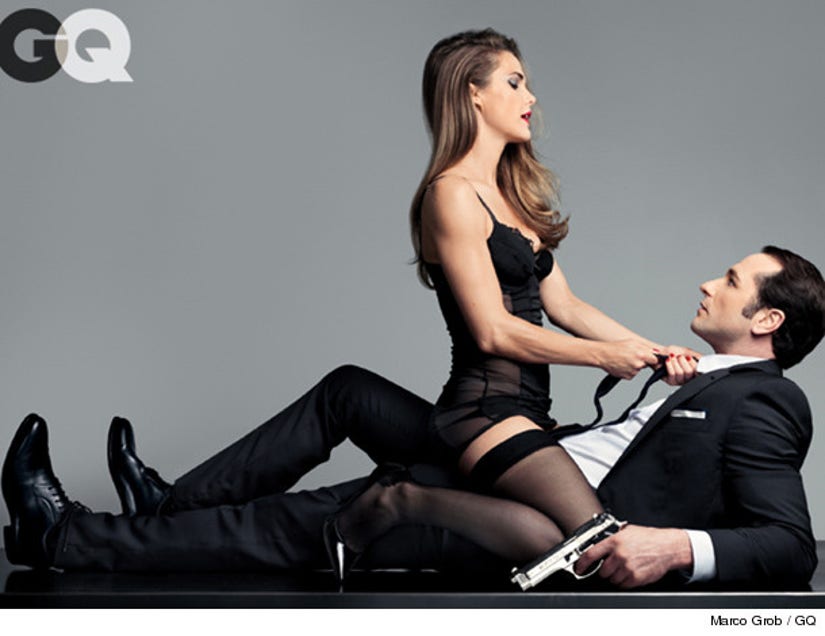 Rumors have been swirling about an off-screen romance after the mother of two announced her separation from her husband, Shane Deary. However, they've stayed mum about their relationship status.

The actress opened up about their complicated characters on the FX series.

"I love that she's a mom who doesn't always get it right," the 37-year-old told the mag. "She's making a bologna sandwich for her kids one minute and then blowing a guy in a hotel for intel the next."

Russell and Rhys have shot some violent scenes on the show, and the actor admits that Keri is tough in real life too.

"The smack usually comes the second before they say 'Action,'" Rhys said of Russell's pre-take routine. "Basically I am starting every scene with a slightly shocked look on my face and a red handprint on my cheek."

It sounds like they have a lot of fun on set!

What do you think of their sexy spread? Sound off below, and click "Launch Gallery" above to see Keri as "Felicity" and other leading ladies of the '90s!