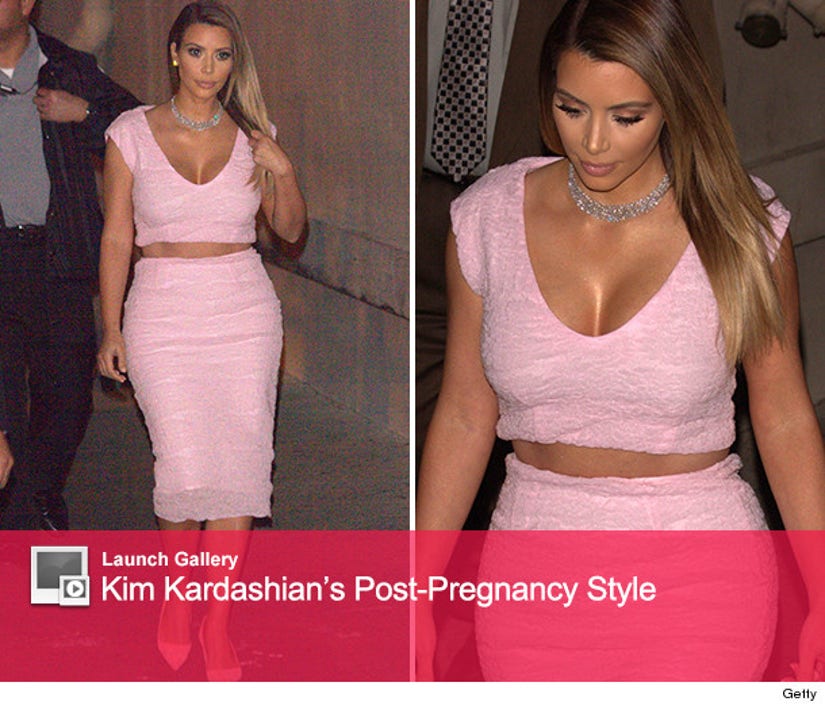 Kim Kardashian may have just committed a fashion sin.

The reality TV star stepped out in Dior last night for an appearance on "Jimmy Kimmel Live!", but she didn't wear the dress the way the fashion house intended.

Instead, she took a designer dress and cut it in half!

The original frock was actually a one-piece, which Kim modified so she could show off her post-baby physique. She's been sporting the crop-top look a lot lately, as she's clearly proud of her recent weight loss.

The new mom copped to altering the dress herself by posting a photo of her outfit with the hashtag "DiorDressICutInto2Pieces."

We're guessing she hemmed the edges herself after ... or had someone do it for her.

toofab reached out to Dior to see what they think about of her alterations, but haven't heard back.

Tell us your thoughts about her look below!