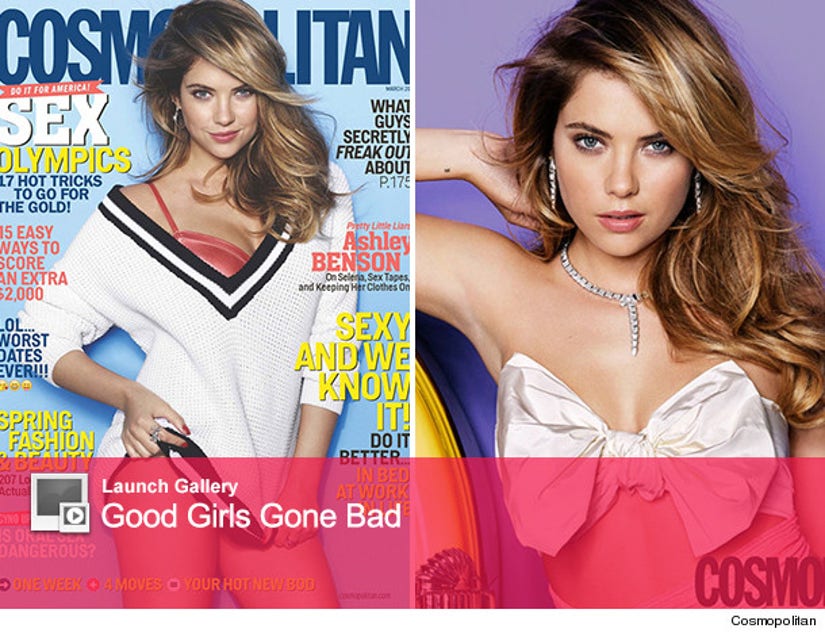 The blonde beauty is gracing the cover of the March issue of Cosmopolitan magazine, where she's talking about everything from onscreen nudity to her on-again relationship with boyfriend Ryan Good.

Ashley got her big break when "Pretty Little Liars" premiered on ABC Family in 2010, and she transitioned to the big screen in last year's racy flick, "Spring Breakers."

But despite her steamy three-way with James Franco and Vanessa Hudgens, the actress says she's only willing to go so far on camera. 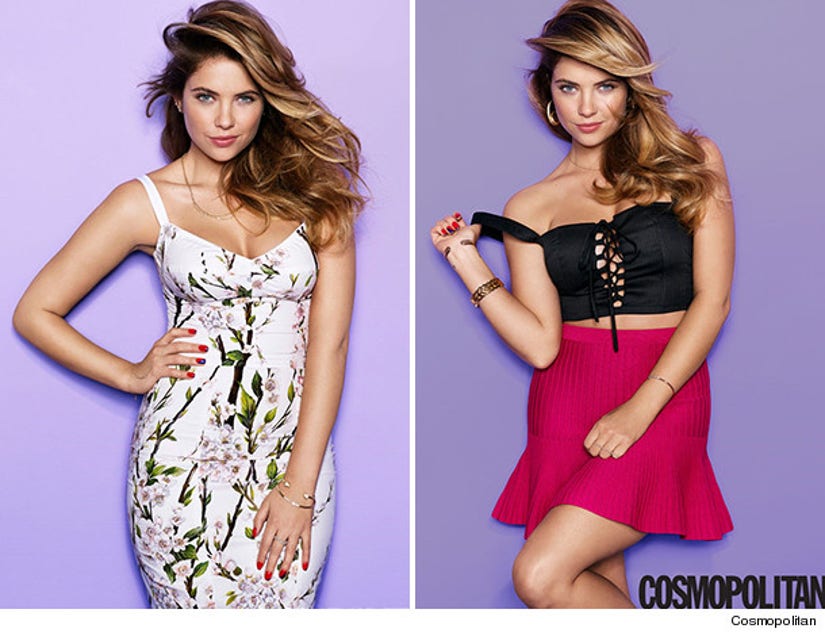 "I never want to do nudity that's gratuitous," she told the mag. "Girls look so much better in lingerie or a t-shirt and leave the rest up to the imagination. I make it clear that I have a line. Everyone tries to push you, and it's easy to get talked into doing those things. I'll just walk off-set. But not everyone realizes they can do that."

It seems the 24-year-old has learned how to avoid the pitfalls of fame, revealing that she's managed to steer clear of drugs while growing up in Hollywood.

"There are drugs and alcohol in my family on both sides, so I've seen lives ruined, going to jail and all that," Ashley explained. "Once you start with any drug, it can be an addiction – that's why I never want to start and am not even tempted, because that chain is relentless. And if it runs in your family, you see how unglamorous it is. I would never want to be out of control with my body."

Ashley has been able to stay out of the negative headlines, but she's recently created buzz over her on-again relationship with her beau.

"Ryan is one of the strongest people I've met, so grounded and such a positive influence on people," she said. "We took a break because it was so hard. I work 20 hour days, so I'm always gone. So a lot of your relationship is on the phone and iChatting and trying to catch up."

What do you think about Ashley's candid comments? Tell toofab in the comment section below, and click "Launch Gallery" above to see her "Spring Breakers" costars Selena Gomez, Vanessa Hudgens and other good girls who've gone bad!