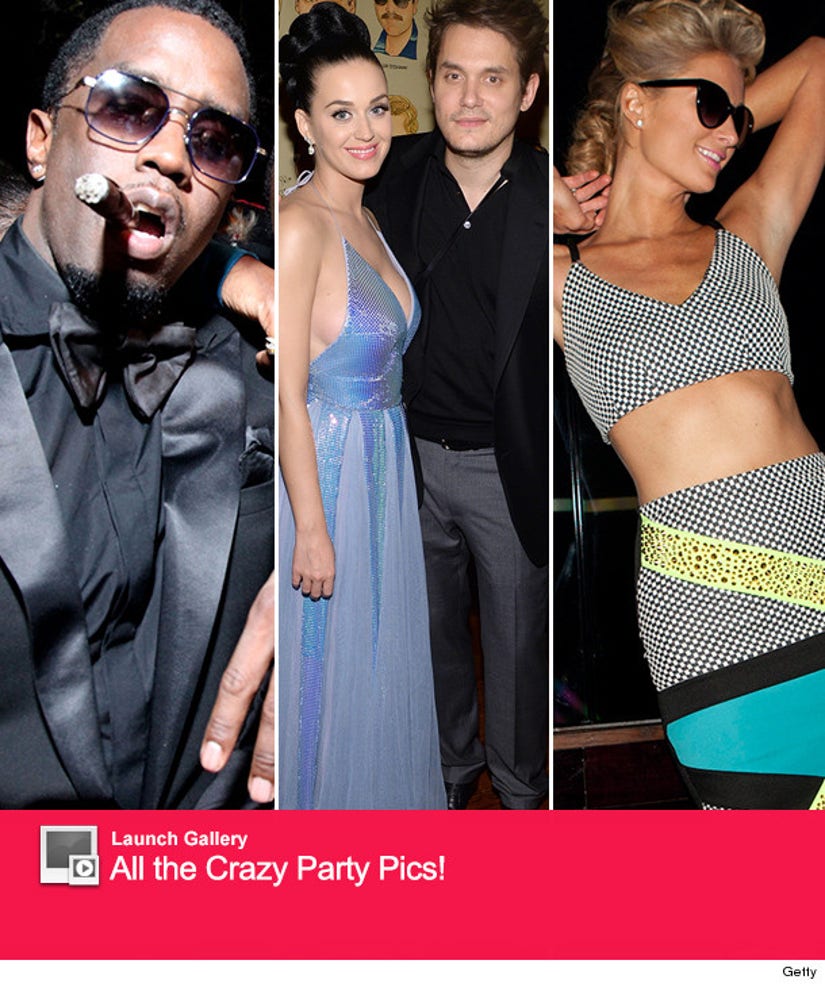 These stars were definitely ready to get down after the ridiculously long 3.5 hour Grammy Awards on Sunday night.

And we've got all the photos from inside the hottest after-parties all over Los Angeles!

While she walked the red carpet with her brother David, Katy Perry's boyfriend John Mayer joined her for the Universal Music Group post-Grammy bash at the Ace Hotel. Katy sported her fourth look of the night at the party -- changing into a flowy (and very revealing) blue sequined gown.

Diddy was joined by rappers Jermaine Dupri, Bow Wow, Nelly, Keyshia Cole, Future and Trey Songz for Meek Mill's massive house party, which was reportedly shut down by the cops.

Check out the gallery above to see those pics and more, including shots of Pharrell (and his hat), John Legend and Chrissy Teigen, a pregnant Ciara and the always-stunning Kate Beckinsale.