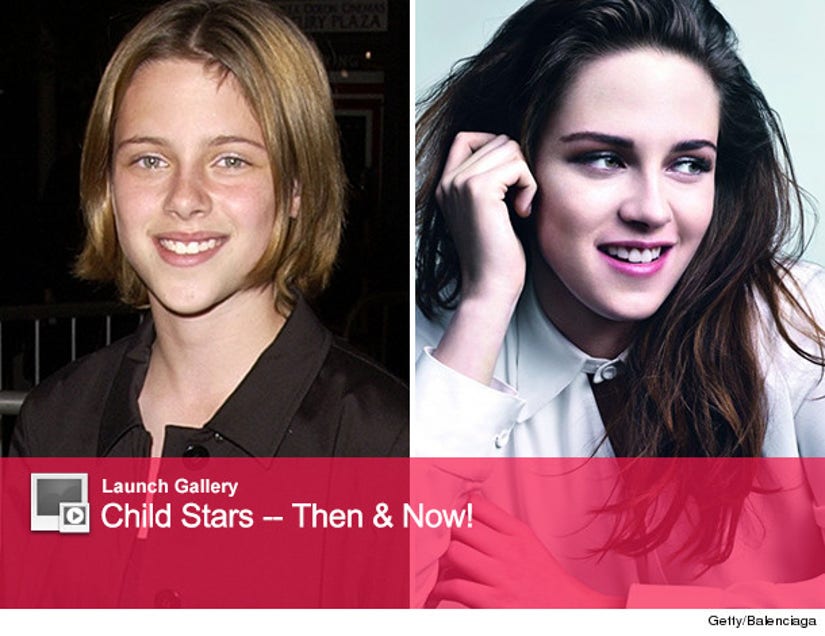 Kristen Stewart may be the new face of Balenciaga ... but she hasn't always been so comfortable with her looks!

The actress opens up to Marie Claire about her new partnership with Balenciaga Rosabotanica and gets candid about some of her fashion mishaps.

So does she have any regrets?

"Yeah, totally. Let's see. Definitely, I mean I've been doing it for a while so I've definitely seen fashions and been like 'woah,'" she tells the mag.

And one red carpet moment that makes Kristen cringe -- when she sees the picture of herself at just 12-years-old!

"It shouldn't be embarrassing because I was so young, but it doesn't even matter how young you are, you're just so, so embarrassed," she admits. "I think the pictures that they took at the premiere of 'Panic Room.' It's like a popular image to show from when I was younger, you know, like 'she was a kid!.' And I look at that and I'm like "Oh... my... gosh."

"I had like these baby hairs and I was being weird about them, so I was like, 'I'm just gonna cut them off.' And I had like these little things like poking out from under my hair and behind my ears, and a ridiculous outfit. I did not know how to get dressed up at that age at all, I didn't even know what I liked. I was just like completely… a goofy kid," she says.

Kristen has come a long ways since her "Panic Room" red carpet -- not only has she just teamed up with Balenciaga, but she recently landed a contract with Chanel!

The actress really has matured into a beautiful woman! What do you think of the 23-year-old's candid confessions? Sound off below, and check out even more child stars then and now in the gallery above!