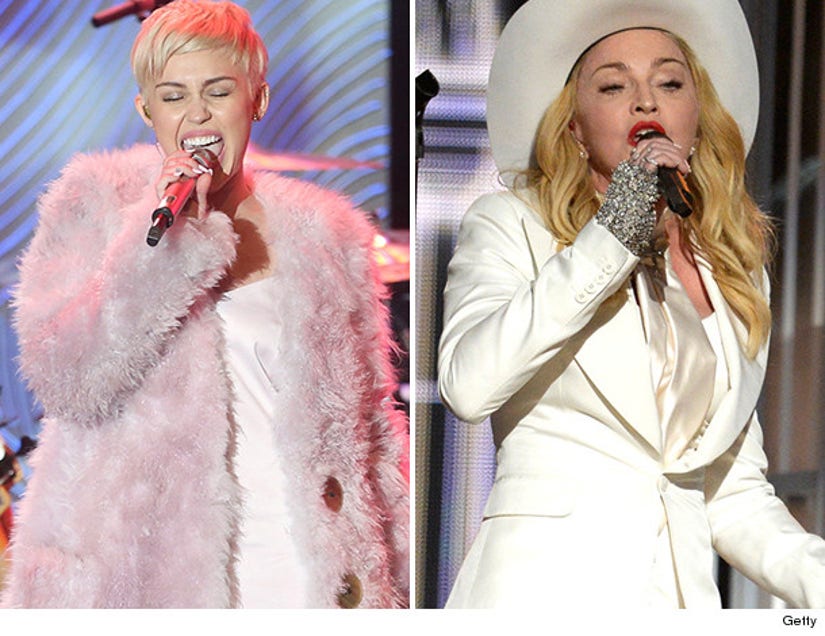 We definitely didn't see this coming!

Miley Cyrus has a very special guest for her upcoming "Unplugged" performance on MTV -- and it's none other than the queen of pop herself, Madonna!

E! News reports that both pop stars were spotted rehearsing their collaboration on a sound stage in Hollywood on Monday.

"The performance will showcase a more intimate side of Cyrus and feature surprise guests for an unexpected re-invention of the songs that have defined her career, including several from her No. 1 critically acclaimed album, Bangerz," MTV said in a press release.

Madonna most recently collaborated with Macklemore & Ryan Lewis at the Grammys for their "Same Love" performance.

Well, now we know one of the former Disney star's surprise guests! Who else do you think will take the stage with Miley?

"Miley Cyrus: MTV Unplugged" tapes on Wednesday, and will air on the network later that night at night at 9 p.m.

Are you excited to see Miley and Madonna take the stage together? Tell toofab in the comment section below!