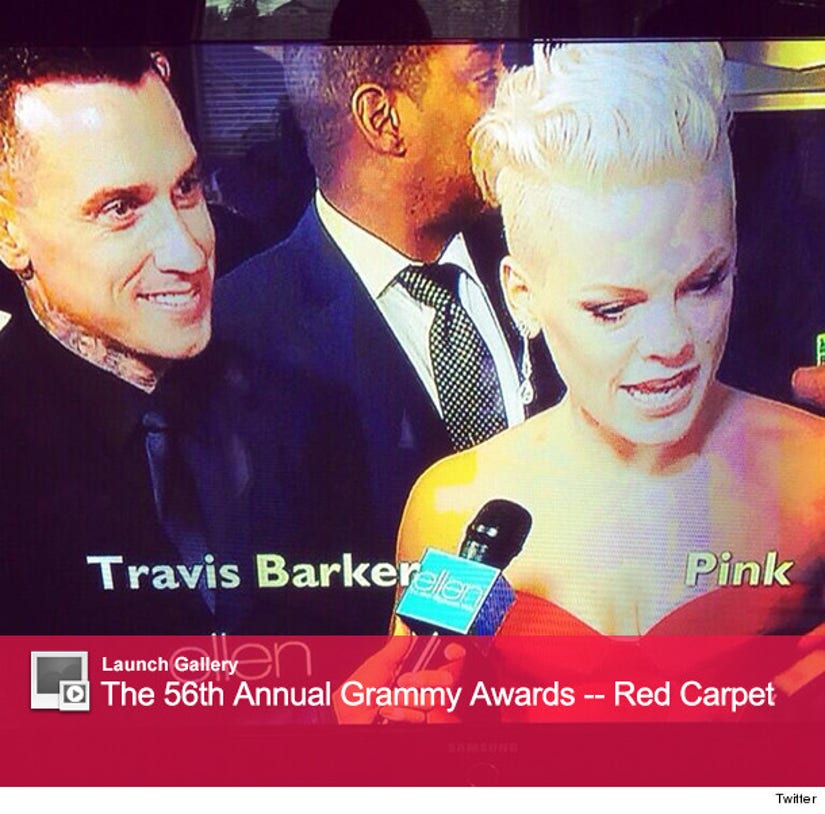 Everyone makes mistakes ... but they don't usually end up on national TV!

During their televised Grammy Awards coverage, "The Ellen DeGeneres Show" accidentally mistook P!nk's husband, Carey Hart, for rocker Travis Barker when identifying the names on the bottom of the screen!

The singer took to Twitter on Monday to call out the show for their error, tweeting a screen grab of the mistake.

"Hahaha OMG @TheEllenShow oops," she wrote along with the snapshot.

Ellen DeGeneres tweeted back, "You found it! I was making sure you were watching." 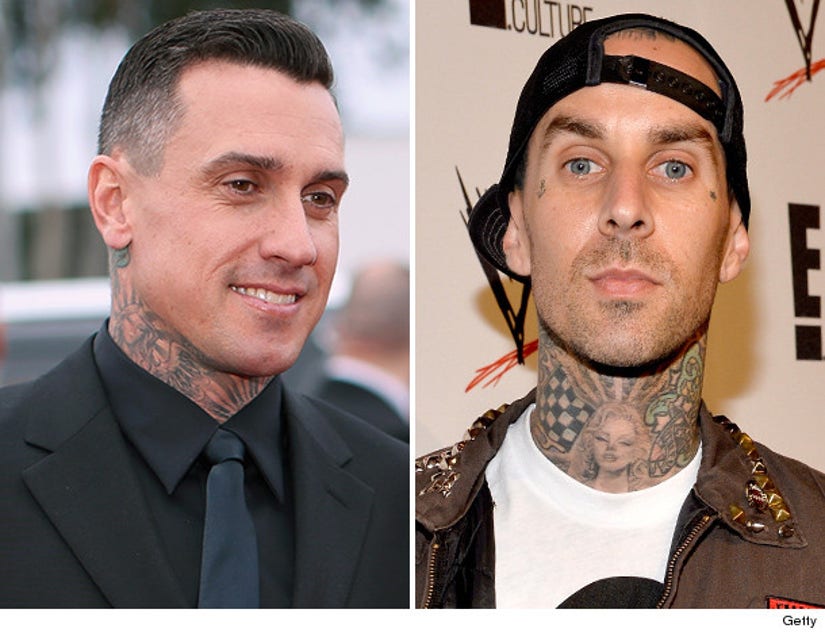 We'll give them a break -- both men are covered in tattoos!

Hart appeared to be enjoying himself on Grammy night. He shared updates from the red carpet and the big show, thanking "Ellen" for providing some fun refreshments.

"It's not everyday i get a bottle of #Jameson on the red carpet," he wrote via Instagram. "Thank you #Ellen for the hook up. Will come in handy while im in my seat!!!!!"

The "Try" singer and her hubby clearly weren't fazed by the show's mistake.

Do you see any resemblance between Hart and Barker? Sound off below, and click "Launch Gallery" above to see all the stars on the red carpet at the Grammy Awards!