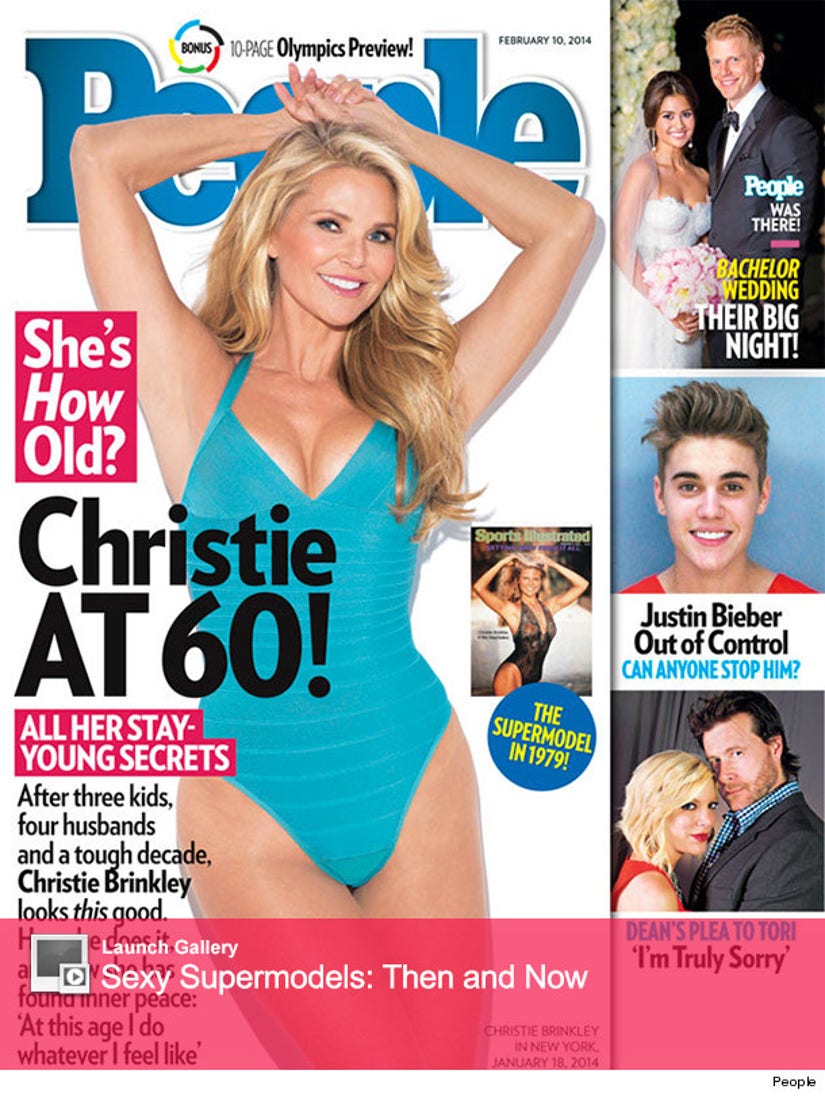 Can you believe she turns 60 next week?!?

The vegetarian supermodel (who seems to never age) still has one enviable figure, and she's sharing her secrets.

"I love hanging out in health food stores," Brinkley says. "Some people are gourmands who love a fish smothered in cream. That doesn't appeal to me. I treat every day like I'm eating to fuel my body."

Christie also stays extremely active -- running, cycling and yoga are just a few of her hobbies. She also tries to get in a work out even when she's doing normal tasks around the house, like "[doing] leg lifts when brushing my teeth," she confesses.

While the 59-year-old isn't against plastic surgery, she says "there are so many other noninvasive choices that address sagging, wrinkling and discoloration." Christie gets "special facials" every month to keep her skin looking fresh.

And most importantly, Brinkley says the best weapon to combat aging is having a positive attitude.

"I would be remiss when talking about beauty secrets to not say that one of the best is to care about the world around you. That's what really matters. Even when I'll be sitting here with gray hair and Georgia O'Keeffe wrinkles, people are going to say, 'There is just something youthful about her,'" she tells the mag.

What a great role model for women everywhere! What do you think about Christie's anti-aging secrets? Sound off below, and check out even more supermodels then and now in the gallery above!