Jimmy Fallon is ready to pass the torch -- er, pickle -- to Seth Meyers!

The funnymen appeared together on "Late Night with Jimmy Fallon" on Tuesday, where Fallon explained the significance of the big gift.

"I don't even know if it's real or not, cause no one from [David] Letterman actually told me," the current late night host said. "But it was the writers from David Letterman, Late Night...passed this thing on to Conan O'Brien, who was fantastic at Late Night as well." 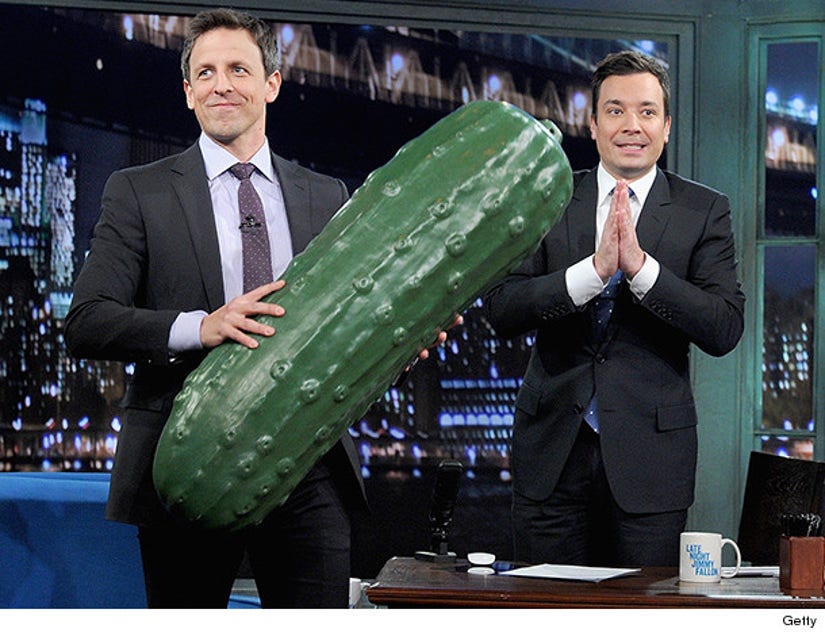 Fallon continued, "He had it, and then he gave it to me. And I've been stuck with it for five years, I mean I've been so blessed to have this thing for five years and so now, I would like to present it to you."

Then, Fallon handed over the large green plastic pickle!

"I don't know if I have room for it!" Meyers joked.

Check out the video above to see the pickle exchange, and watch the clip below to see Fallon's explanation of the pickle from 2009!