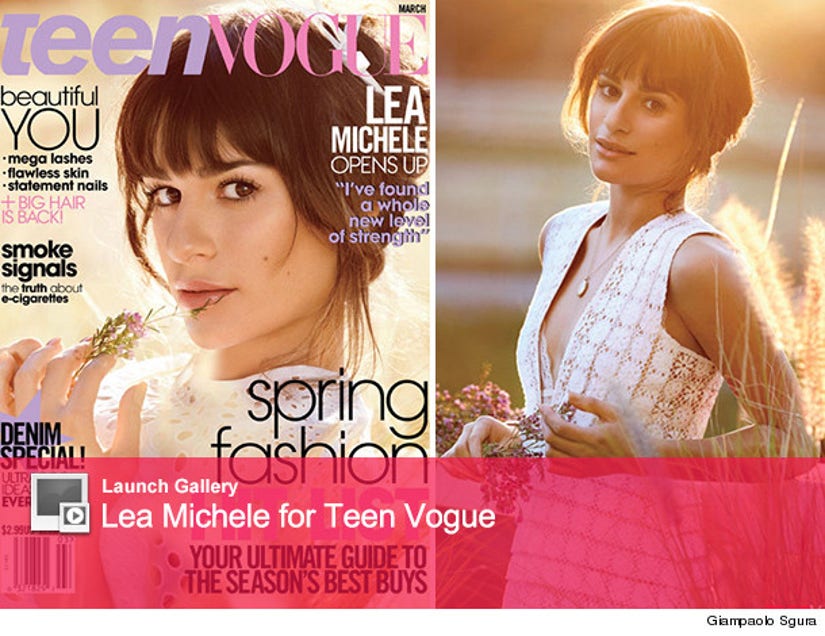 Lea Michele says her love for Cory Monteith has made her a stronger woman!

The "Glee" star covers the March issue of Teen Vogue where she opens up about her late boyfriend and the influence he had on her music.

"He was such a fan, you don't understand. He would be like, 'You're going to be a pop star! What are we going to do? Are we going to, like, go on the road?' He would say, 'This is going to be big!' And I'd be like, 'I don't know.' He heard every song and gave me his notes on everything," she tells the mag.

The 27-year-old also believes that Monteith is looking down on her, which gives her the strength she needs to be a better artist.

"I somehow feel the insane love Cory and I had for each other morphed into this strength that I have right now," she says.

"There's just something about knowing he's watching everything I'm doing and feeling like I have to do everything now not just for me but for him. I also have a safety net below me—if I fall or if it's too much, my friends and family will be there to catch me."

We think it's great that Lea continues to keep Cory's memory and love alive -- what do you think about her candid interview?

Tell toofab in the comment section below, and check out even more pictures of Lea in the gallery above!

For more of the singer's interview with Teen Vogue, make sure to pick up the March issue on stands Feb. 4!