The song was the final performance of the night, and started with Cyrus singing "Don't Tell Me" from Madge's 2000 album "Music."

FYI, Miley was only 8 when the album was released.

Then, the Queen of Pop came out of the audience and joined the young star on stage -- launching into a mashup with Miley's "We Can't Stop."

Both of their tongues made appearances, the two of them twerked on each other and we were left feeling more confused about the whole thing than impressed.

Madonna was clearly trying to recreate some of the magic from her famous VMA performance with Britney Spears and Christina Aguilera ... but something about this was off.

What do you think? Are we being too hard on the performance or was it a bit messy? Sound off below! 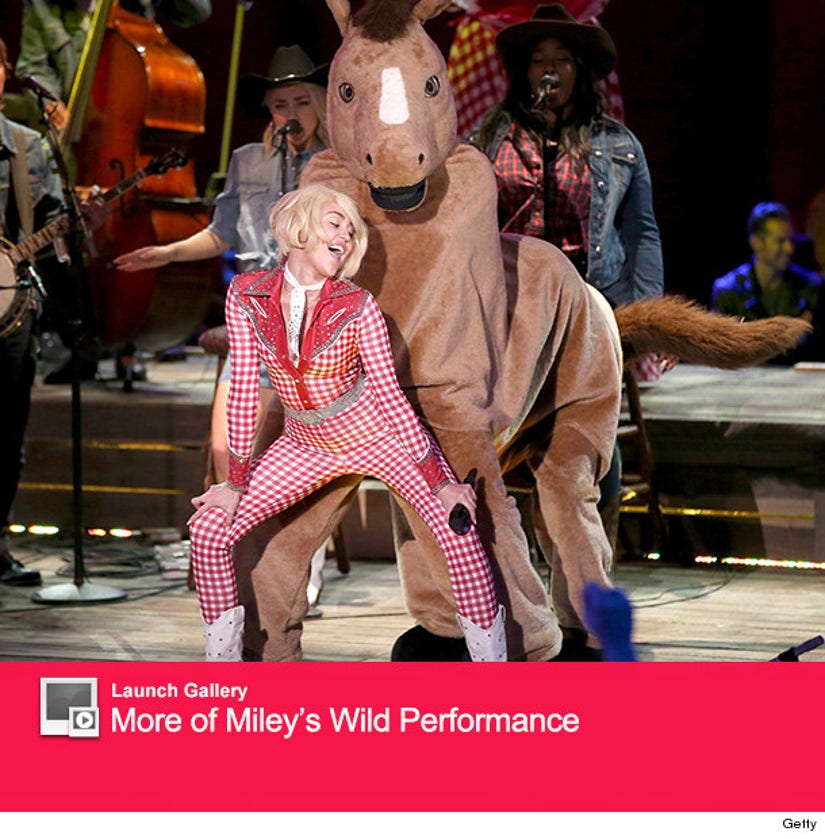 Between Miley's wig and gingham outfit at the top, her grinding with a horse and her crazy backup dancers, it was quite the show -- and has us interested to see what she ends up doing for her upcoming tour.

See more photos from the concert above.

Our favorite performance of the night was actually Cyrus' cover of Dolly Parton's classic "Jolene" -- see that video here: