"The Real Housewives of Atlanta" husbands aren't shy about sex!

Gregg Leakes, Apollo Nida and Peter Thomas are spilling secrets about their private lives on an upcoming episode of "Bethenny."

"How often do you all think you should be having sex in a good marriage?" the talk show host asks the men.

"Personally, I feel like whenever the man wants," Apollo explained. "I mean I get it whenever I want. We are probably like 3-4 times a week."

But, that's not enough for NeNe Leakes!

Check out the video above to see what Gregg revealed about their healthy sex life.

The reality show husbands also talked about how much they get paid for their TV air time -- and it's not as much as you would think.

"It's more like a part time job for us," Peter explained. "It's not demanding as much of our time as it does for the girls. We pretty much give support for them."

Watch the video above to find out more about their meager salaries, and click "Launch Gallery" below to see the season 5 cast of "Real Housewives of Atlanta!"

Check out bethenny.com to find out when and where it airs in your city. 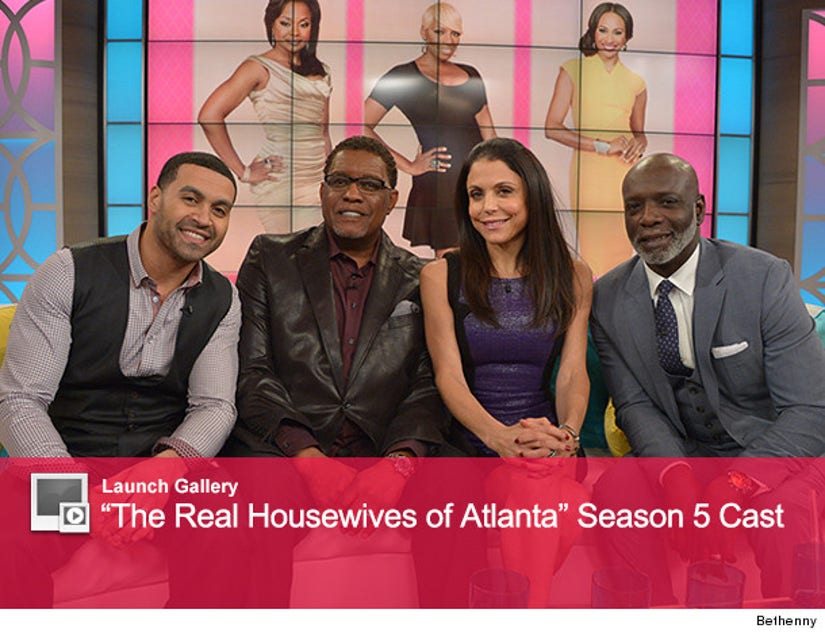