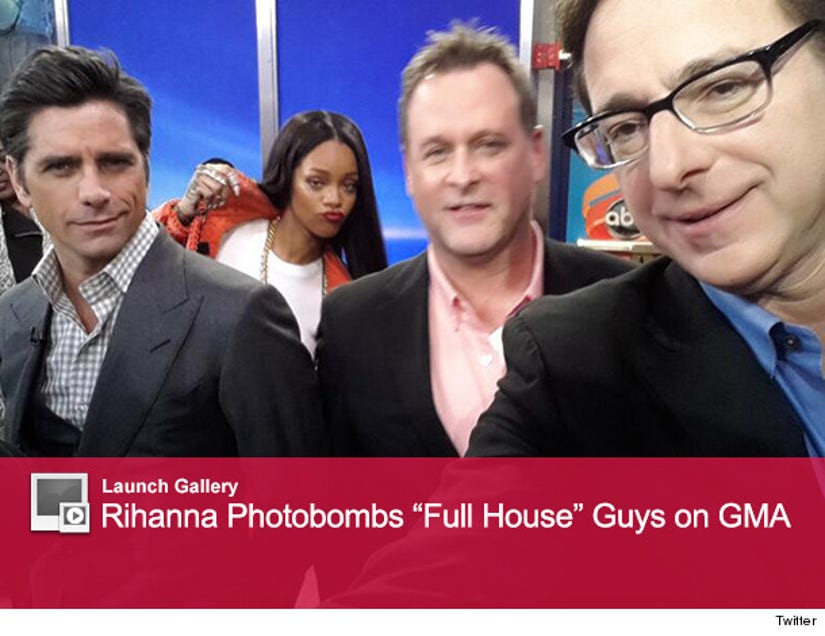 The singer stopped by "Good Morning America" in New York on Wednesday to talk about her Grammy win, her new philanthropic partnership with MAC cosmetics and had some fun with the patriarchs of "Full House."

"I was so shocked," RiRi said about winning the 2014 Grammy. "Really, I was at home and one of my friends hit me and said you just won a Grammy and I was like, what. I went on the internet and I just saw 'Unapologetic,' it was quite an emotional moment surprisingly but I was in shock."

But the Grammy win isn't the only accomplishment the "Stay" singer should be proud of -- her latest initiative with MAC will send all proceeds to the MAC AIDS Foundation!

See why she feels so strongly about raising awareness in the video below:

Before heading out, Rihanna also took a few awesome photos with the guys of the classic TGIF sitcom, "Full House." The 25-year-old both photobombed and posed for pics with John Stamos, Bob Saget, and Dave Coulier who were also on-hand for the morning talk show.

What do you think about the singer's latest philanthropic effort? Sound off below and check out Rihanna's awesome photobombs above!