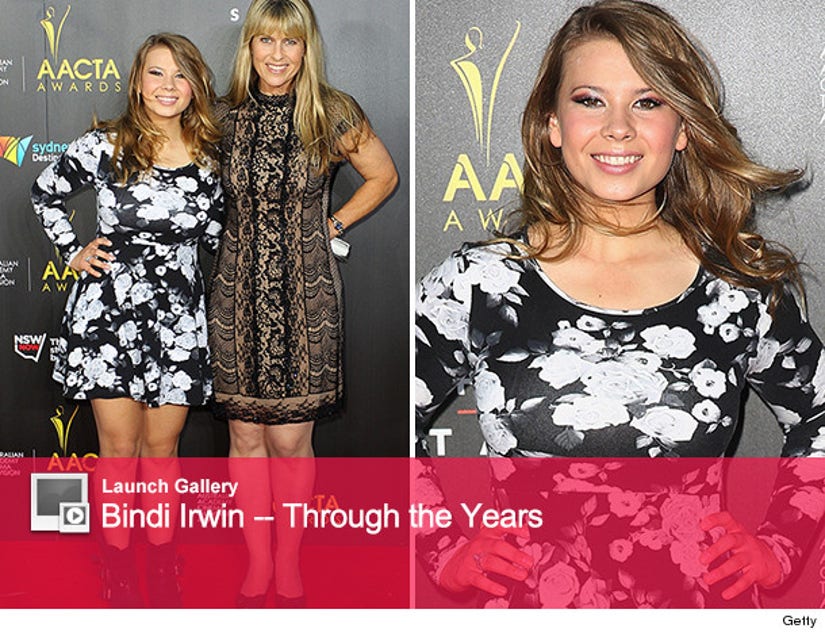 Bindi Irwin has become quite the little lady!

The 15-year-old daughter of the late Steve Irwin looked fabulous in florals at the 3rd Annual AACTA Awards in Sydney, Australia on Thursday.

Sporting a long-sleeved, rose printed mini dress and black biker boots, the blonde beauty posed alongside her mom, Terri Irwin at the ceremony.

Bindi has been following in Steve's footsteps since his passing and continues to help nurse zoo animals with her family.

The "Crocodile Hunter" star was tragically killed in 2006, by a stingray, while on a shoot in the ocean.

It's great to see that Bindi, her 10-year-old brother Robert Irwin and their mother have continued to carry on Steve's legacy by working with animals.

Do you think Bindi looks like her famous father? Tell toofab in the comment section below, and check out even more photos of Steve's offspring through the years!