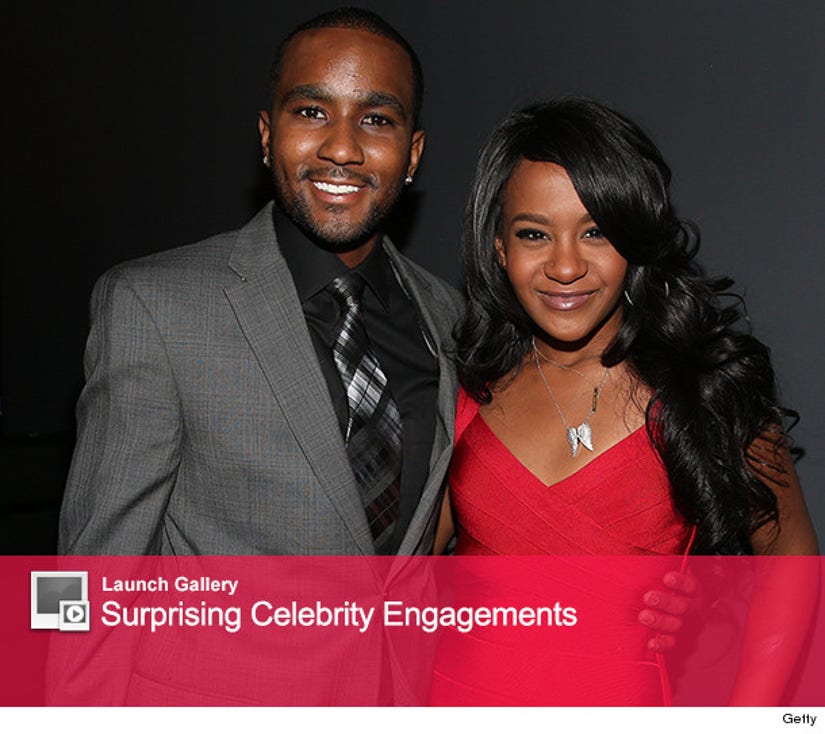 The couple sat down with "Extra" for their first interview together since announcing their marriage on Twitter on January 9.

The 20-year-old and her hubby faced a lot of criticism surrounding their romance, but they say the critics only strengthened their relationship.

"It put a fire in us," Nick explained. "The critics can say whatever they want to say… it's like we have a force field and that s**t's just bouncing off of it."

So, how did the couple get together?

Gordon revealed that they started as best friends and got closer when Bobbi Kristina's mom, Whitney Houston, asked Nick to move in with them during a difficult time.

"Me calling [Whitney] mom, this where everybody gets the…," Nick said. "Brother and sister…," Bobbi Christina added. "We were young. Krissy looked at me as an older brother, and I looked at her as a little sister," Nick continued.

Nick admitted that the romance blossomed after Houston's death in 2012, insisting that it was something Whitney would have wanted.

"She made me promise several times to look after Krissy… and, Mom, I will never ever, ever break that promise.” Nick said. "She wanted this. This is something she wanted to see."

Tune into "Extra" on Thursday to see what Bobbi Kristina said about her rocky relationship with her grandmother, Cissy Houston, and what her father, Bobby Brown, said about their romance!