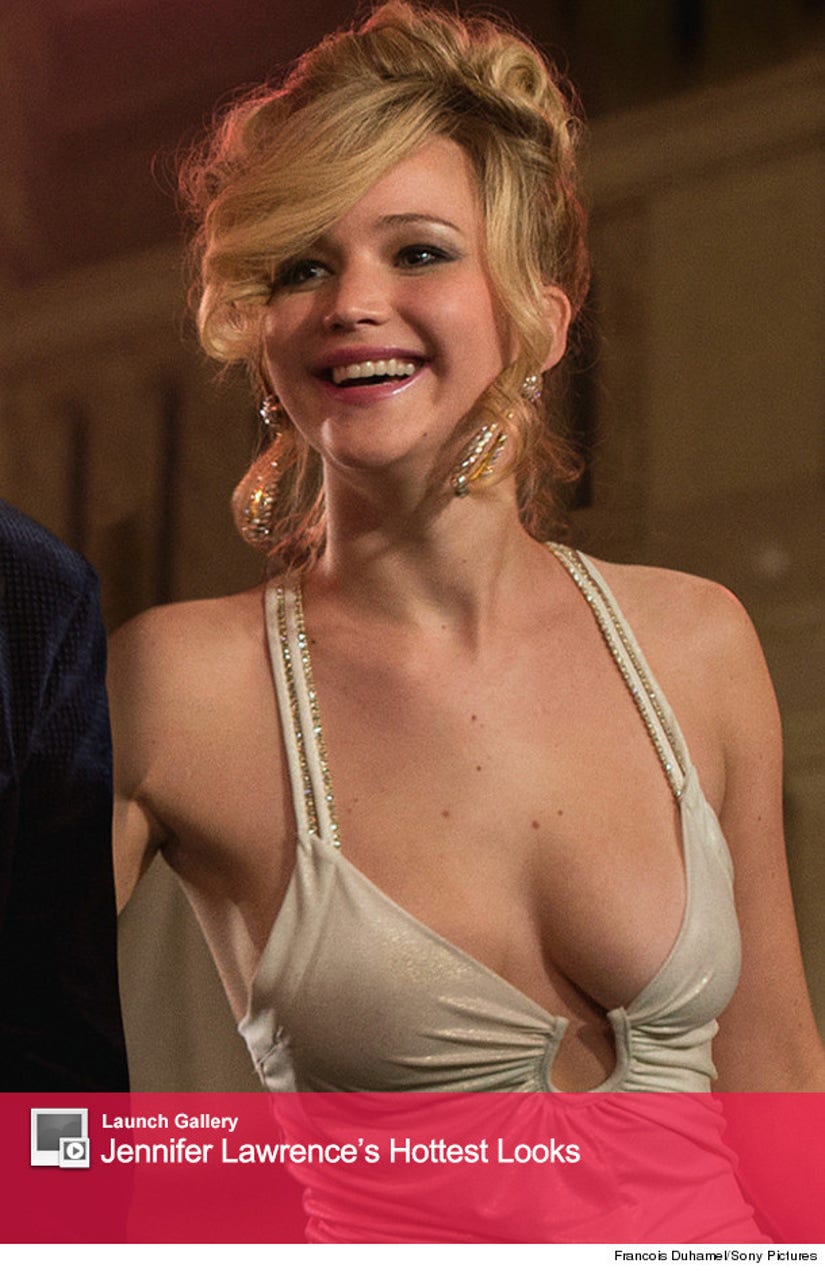 In an interview with Vanity Fair, the film's costume designer Michael Wilkinson dished on J-Law's sloppy snacking habits during filming, and how it tarnished one of the dresses she wears in the Oscar-nominated movie.

"Jennifer Lawrence is a very…let's say...raw and intuitive young lady," he told the mag. "And she's not against eating Doritios and snack food in her costume. So we were glad that we had a couple (backup gowns)."

Wilkinson created three back-up dresses because Lawrence's character was supposed to be doused in champagne in the scene's original script.

The designer also told People magazine that the dress was meant to look like something the blonde beauty's character could have created herself — right down to the $3.99 per yard fabric.

"David really had it set in his mind that she would be wearing this dress that she just poured herself into," Wilkinson said. "He wanted to see every single lump and bump. There had to be a sense of, 'Is she going to fall out of it?' It had this dangerous feeling to it, which matched her own dangerous mental landscape."

Now all designers know a secret about working with J-Law -- be sure to work solely with Dorito-friendly orange fabrics!

What do you think of Jennifer's junk food confessions? Sound off below, and click "Launch Gallery" above to see more of her hottest looks!