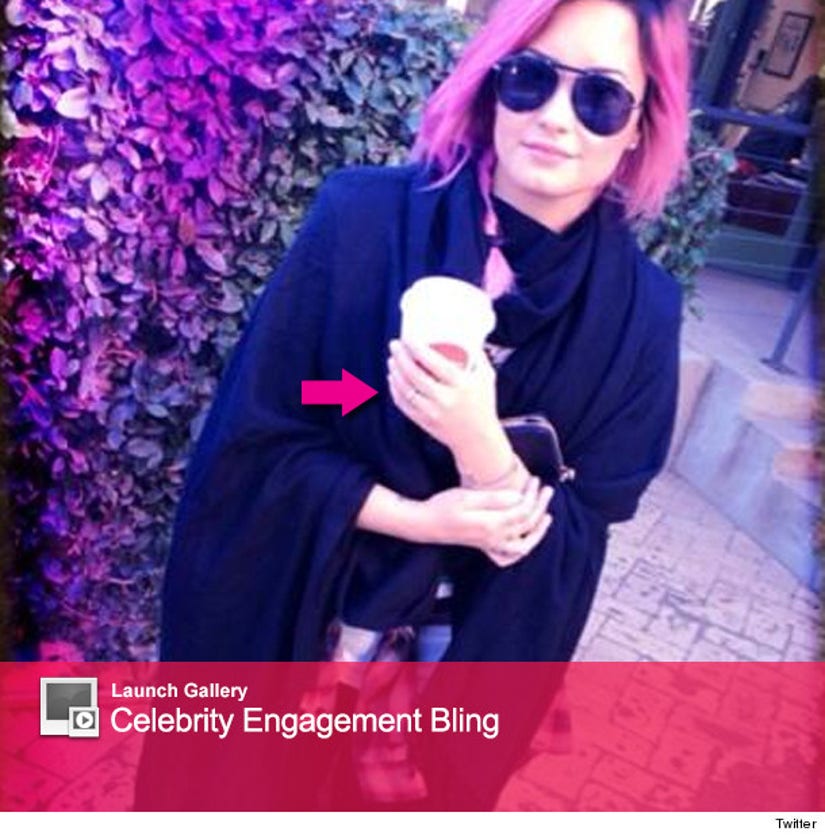 Demi Lovato has the Internet buzzing with engagement rumors, after she was spotted wearing a ring on that finger.

The 21-year-old pop star started speculation herself when she posted the above photo on her Twitter page.

She added fuel to the fire by later sharing a cute set of photos with sometimes-boyfriend Wilmer Valderrama and tweeting about how much the 34-year-old means to her. 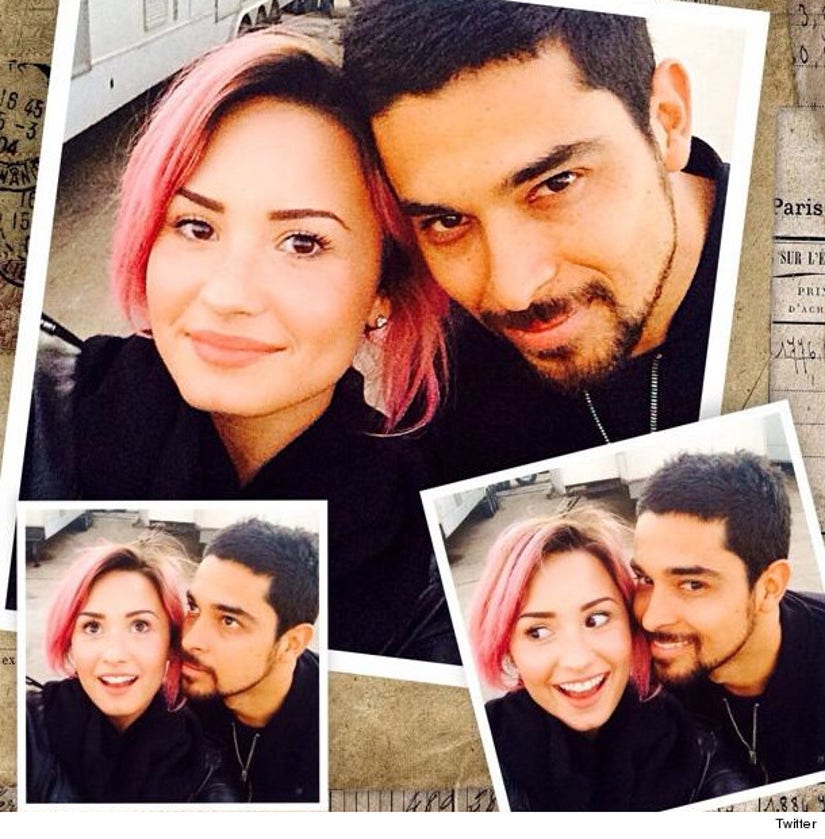 "To the funniest, most inspiring, incredible man I know.. @WValderrama - thank you for helping me get through my darkest moments.. You truly are a light to this world and to my life.. Happy Birthday," she wrote.

Fans started putting two and two together and assumed the ring was from the "That '70s Show" star.

So, are they getting hitched? Nope!

Demi's rep tells E! that the two are not going to take a trip down the aisle ... at least not right now anyway.

What do you think of this pairing? Sound off below!