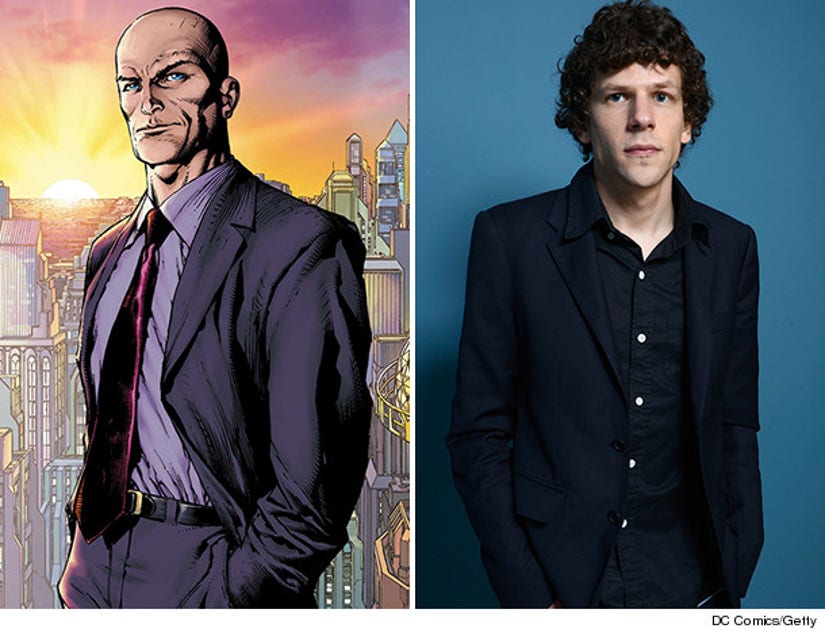 That was the universal reaction this morning when Jesse Eisenberg was announced to play bad guy Lex Luthor in Warner Bros. upcoming Batman & Superman movie.

Eisenberg, best known for his roles in "The Social Network" and "Now You See Me," is a name that came out of nowhere for the part ... but it could actually work.

The actor did great playing smarmy in both of the aforementioned movies and we could totally see him playing a technological wizard once again -- this time squaring off against the Man of Steel instead of the Winklevoss Twins.

It's unclear if Jesse, who is the same age as 30-year-old Superman actor Henry Cavill, be bald for the role.

"Lex Luthor is often considered the most notorious of Superman's rivals, his unsavory reputation preceding him since 1940," director Zack Snyder said in a statement. “What's great about Lex is that he exists beyond the confines of the stereotypical nefarious villain. He's a complicated and sophisticated character whose intellect, wealth and prominence position him as one of the few mortals able to challenge the incredible might of Superman. Having Jesse in the role allows us to explore that interesting dynamic, and also take the character in some new and unexpected directions."

Both Joaquin Phoenix and Bryan Cranston were rumored to be up for the part.

In another casting announcement, Jeremy Irons will play Alfred to Ben Affleck's Batman.

The two join Affleck, Cavill and Gal Gadot as Wonder Woman in the flick.