One Direction is letting loose at midnight!

The British boy band is taking over London in the new music video for "Midnight Memories."

Not only do they dance through the streets and kiss the hands of some very lucky senior citizens, but the boys also compete in a drag race -- on little red scooters!

Before the video release, Liam Payne and Louis Tomlinson (who co-wrote the song) expressed their excitement about the upbeat single.

"This is the first song that we wrote on this album, so this kind of, it paved the way this whole album's sound. It's a big, big tune," Liam said in a YouTube announcement.

We have to admit, this song is pretty catchy!

What do you think of the music video? Tell toofab in the comment section below, and click "Launch Gallery" below to see more photos of One Direction! 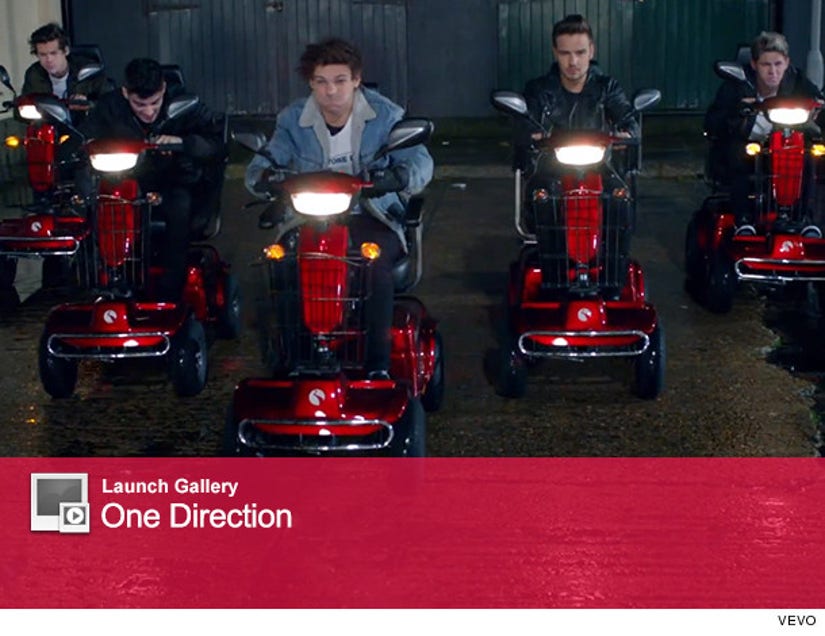