Tim Tebow has some moves off the football field!

The former NFL quarterback has teamed up with T-Mobile for two Super Bowl commercials that poke fun at his continued pursuit of an NFL contract.

"Everyone thinks I want a contract, but without one, I've done so much this year," he says while lifting weights.

The 30-second spots showcase what Tebow has been able to accomplish WITHOUT a contract, which includes saving puppies from a burning building, becoming a rock star, taking up professional bull riding, throwing footballs on the moon and much more. 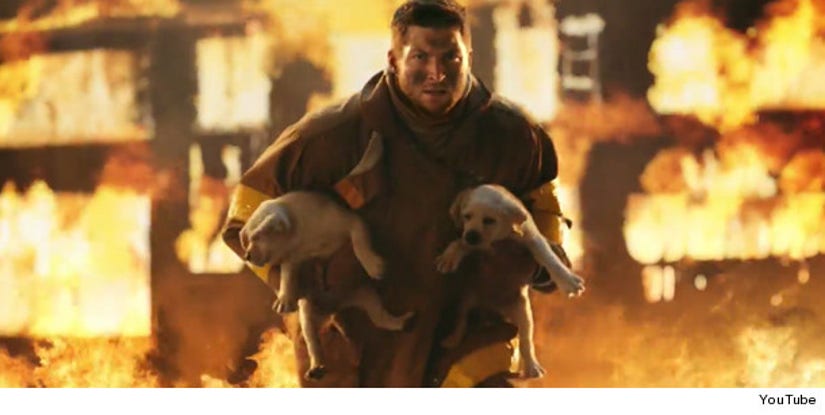 Check out the clip above to see Tim's firefighting skills, and watch the ad below to see him delivery a baby!

We have to admit, he's pretty funny! What do you think of the commercials? Sound off below.