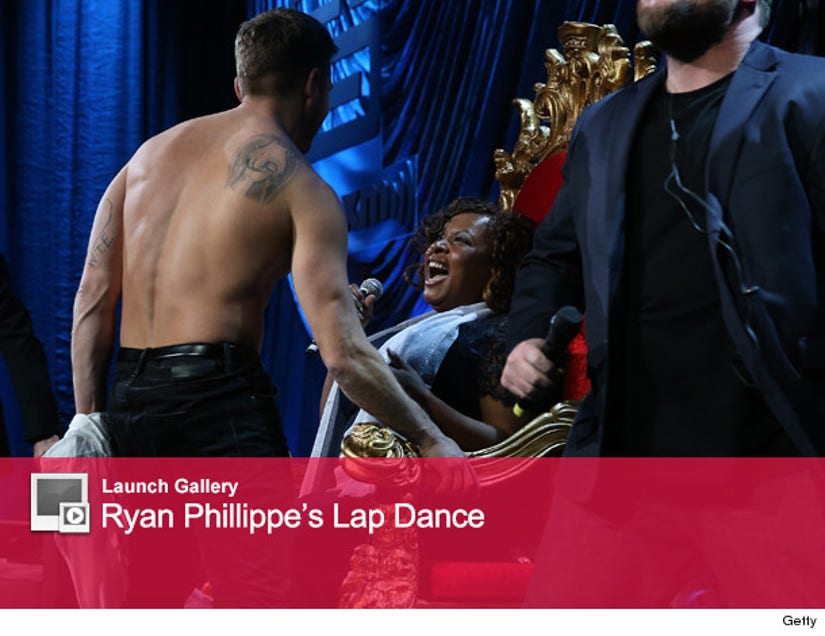 Ryan Phillippe has some moves!

The actor showed off his hot bod to the crowd, ripping off his shirt to give radio host Robin Quivers a lap dance during Howard Stern's Birthday Bash on Friday night at Hammerstein Ballroom in New York City.

"I'm sitting next to @lenadunham. Great f'ing night!" the 39-year-old tweeted at the event.

"And I just gave robin a lap dance on stage," he added later.

Check out the video below to see Ryan's best moves!

What do you think of Phillippe's lap dance? Tell toofab in the comment section below, and click "Launch Gallery" above to see more photos from his shirtless performance!