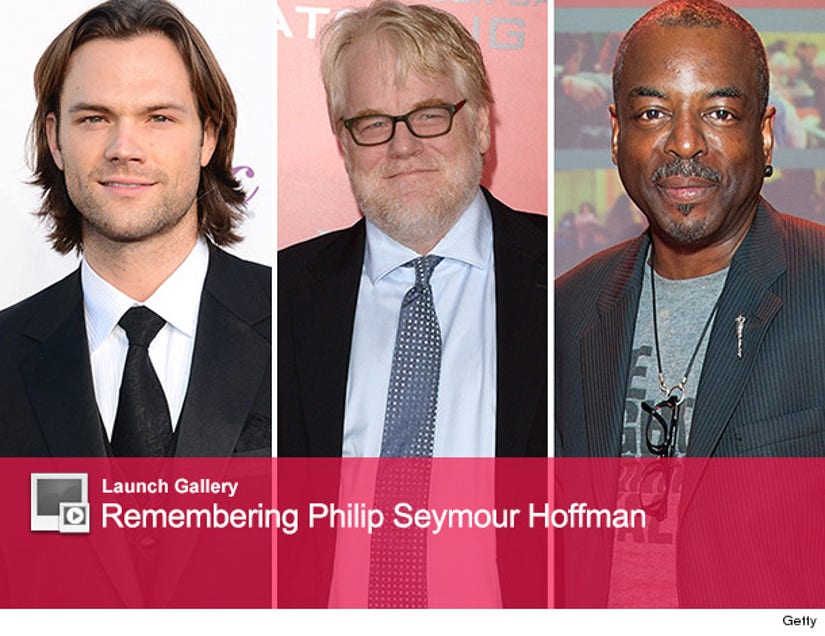 Both "Supernatural" stud Jared Padalecki and "Star Trek: The Next Generation" star LeVar Burton are in hot water for some messages they posted on Twitter following Philip Seymour Hoffman's death.

While one of the two has already removed his inflammatory remarks, the damage is done -- and he had to later defend himself from some major online backlash.

First up, let's look at Padalecki.

According to a Jezebel screen grab, the actor tweeted "'Sad' isn't a word I'd use to describe a 46 year old man throwing his life away to drugs. 'Senseless' is more like it. 'Stupid.'

He removed it after some negative feedback and then tweeted out again to clarify his remarks.

I didnt mean PSH is stupid or that addiction isnt a reality. I simply meant I have a different definition of "tragedy".

When I think "tragedy", I think of St Judes, of genocide, of articles I read in the paper. But, yes, either way, a death, is sad.

Burton, on the other hand, decided to make a joke after Hoffman was found dead with a needle in his arm.

Damn, #PSH was SO talented! However, if Y'all should find me dead with a needle in my arm, in my underwear… please put my pants on!

The backlash was pretty instantaneous for him as well, with Burton responding to fans calling him out.

Not cool is shooting up when you got kids… #areyoukiddingme RT @readmuchrunfar: Not cool, dude.

I know about addiction! RT @damia_one: @levarburton perhaps you should educate yourself about addition before passing judgement.

No matter how you slice it, PSH wasted a great gift! Lash out at me if you want to… I ain't goin' out like that!

While they're entitled to their own opinions, they might want to think twice about their words before sending them out to their millions of followers in the future.

Click here to see more (appropriate) celebrity reactions to Hoffman's shocking death. Plus, click here see what Jennifer Lawrence and the cast and crew of "The Hunger Games" had to say about his passing -- and how they plan to continue the franchise now.