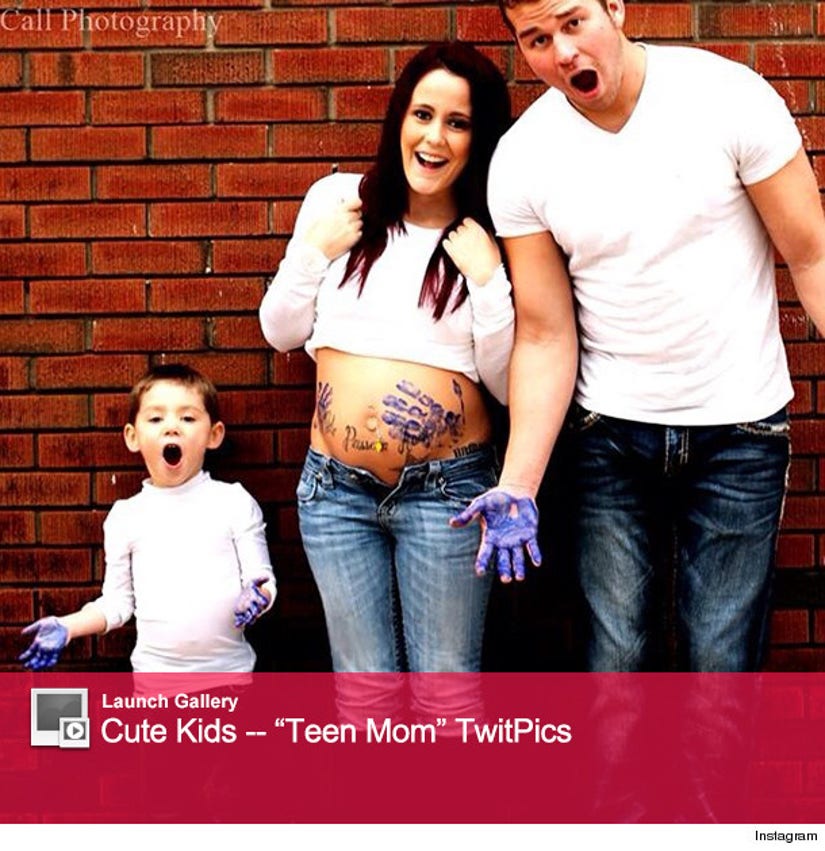 Jace is about to be a big brother.

"Teen Mom 2" star Jenelle Evans revealed the sex of her baby over the weekend -- announcing the news by posting a photo of her bare baby bump covered in blue handprints.

Yep, she's having a boy.

This will be the first child for the troubled reality TV star and boyfriend Nathan Griffith, though both of them have other children from previous relationships. Jenelle's mom has custody of her 4-year-old son Jace, while Nathan's ex-wife's parents have guardianship of daughter Emery.

The 22-year-old recently spoke out against her critics, who say she shouldn't be having another child.

"We just want a child of our own that we can raise together as a family, and we want a stable relationship for Jace and his daughter,” she told MTV. “We just want to settle down.”

"Now I'm in a stable relationship and I have my own place, my own car, a job…I can pay my bills. I'm just happy with my life right now," she adds. "I understand if they judge me now, but they won't judge me soon."

She's reportedly due in June.